Job creation starts with you

It’s tragic that these and other Republicans, while overtly backing reduced government and free enterprise, echo just the opposite when they parrot the mantra that government creates jobs. This mind-set would have you believe that government has things under control, including the wildly fluctuating forces of the free market.

Sure, government can take your money and, as they now say in D.C., “invest” it in other people and call it job creation. Whether this is wise policy is another matter.

Consider the ongoing story of Solyndra. After more than half a billion dollars in loan guarantees from President Obama’s stimulus plan, the solar panel maker laid off nearly all of its 1,100 employees and closed its factory.

Not fair to pick on one bad apple? Then look at the big picture. The stimulus program was supposed to hold unemployment below 8 percent. Yet unemployment has been at least 9 percent in 26 of the 30 months since the stimulus package was approved, notes columnist George Will.

The financial crisis that gripped the world at the recession’s start was complex and years in the making. To think massive deficit spending choreographed by politicians would produce a quick, painless fix was naïve.

Someone who’s experienced his own financial crisis during this period is hot-shot hauler Frank Hagwood, 53, a native of Meridian, Miss., who lives near Tyler, Texas. Around 2006 he got his operating authority to take more control of his specialty, hauling boats and cargo trailers. The costs of additional insurance, a new trailer, and repairing or replacing transmissions and engines choked him with $70,000 in credit card debt before he knew it.

Harwood’s solution was twofold. One was finding a load partner that matched his operation better, which was uShip. The company states all fees clearly with each posting and is “extremely fair” with rates, he says.

The other part was working his tail off. “I’m on what’s called a beans-and-rice budget,” Hagwood says. “I don’t drink, smoke, go bar-hopping. I go home and I service the truck.” Even that is a luxury, given that he spent 221 nights on the road in 2010. “You’ve got to be a working American if you want to pay your bills.”

This working American enjoyed a sweet day in August. That’s when he made a final bank payment, wiping out his credit card debt.

“If I can do this, an old boy from Mississippi, don’t you think we as a nation can do this?” he asks.

That’s a tough question. I’m not sure any of the leading presidential candidates has the right answer. 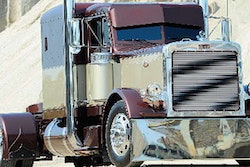 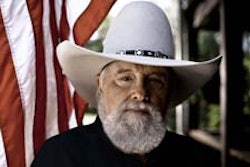 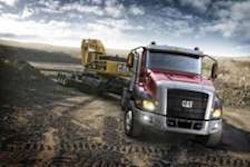 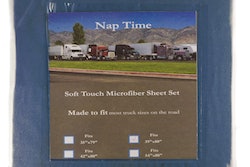