In a letter to Missouri lawmakers Sen. Bill Stouffer and Rep. Charlie Denison, co-chairs of the state’s Joint Committee on Transportation Oversight, NATSO said both traditional tolling and public private partnerships that include tolls hurt consumers and businesses near interstate exits.

NATSO said studies show toll plans carry much higher capital and overhead costs compared with fuel tax funding. NATSO also pointed out that public private partnership deals usually offer states most of the revenues up front. Missouri has one of the lowest fuel tax rates – 17 cents for both gas and diesel.

Missouri officials have said that I-70 needs substantial repairs over the freeway’s 250 miles that could cost billions of dollars. 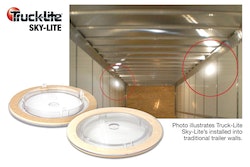