Many drivers expressed disdain for electronic onboard recorders and the Federal Motor Carrier Safety Administration’s intent to mandate them at an FMCSA listening session Friday in Louisiville, Ky.

FMCSA administrator Anne Ferro posed questions to drivers about their experiences with recorders. She asked whether they could be viable options to produce both compliant and safe truck operators and provide flexibility despite concerns over limitations of hour of service rules.

Jim Freeland, leased to Douglas and Sons of Statesville, N.C., complained that companies interested in selling EOBRs are behind much of the push for recorders, and that government regulators should “get an honest job.”

“You can’t regulate truck drivers,” he said. “It’s like trying to regulate bootleggers.”

Owner-operator Ken Stewart and others said EOBRs are being used to harass drivers because dispatchers have real-time log book data yet lack other information about driver schedules, such as whether they are sleeping or need to sleep. “You as a professional know when you’re fatigued, know when it’s time to rest,” Stewart said.

Jack McComb, an owner-operator leased to Landstar, said the accuracy of an EOBR he used at a different carrier was terrible, partly because GPS signals are undependable. “Some days I could drive 14 hours before it would send me a message – you’ve driven your 10 hours. Other days, I’d drive five to six hours, then get messag – you’ve reached your limit, you have to pull over and park now. Once I was sitting in Salt Lake City, the system showed I was in Laramie, Wyo.  Those are not small errors – those are major errors.”

Owner-operator Greg Petit said he’s sat at docks for up to 14 hours while warehouse personnel did other tasks. “There’s nothing that can’t be loaded or unloaded in a two-hour period,” said the 33-year trucking veteran. “You all keep putting it on us, it’s all our fault,” he said. “Take on the real problem. Stop coming after us with this – not only EOBRs, but all of it.”

McComb said questioned why so much effort is put into ensuring truck drivers are safe when the emphasis needs to be that four-wheelers are safe. “They’re the ones causing 99 percent of the problems out there,” he said.

Ferro acknowledged that while there has been a 24 percent reduction in truck-related fatal crashes in recent years, some highway fatalities result from when a truck driver is at fault.

Todd Spencer, executive vice president of the Owner-Operator Independent Drivers Association, noted concern over hacking and manipulation of the devices.

“Even government computers get hacked,” he said. “I think EOBRs are easier for fleets to manipulate [than paper logs],” adding that practical application of EOBR in the trucking industry is “a long way off.” 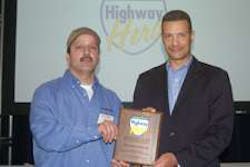 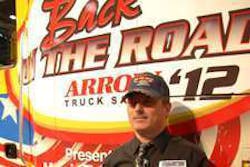 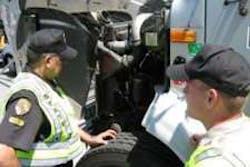 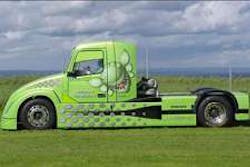