In addition to the somewhat recent news of uShip.com’s partnership with Cars.com to allow Internet auto buyers a direct link to the auto-transport auction marketplace the site enables, company reps report new services in their transaction system boost convenience and security in payment collection. Truckers who’ve completed at least five loads booked via uShip and who are CarrierWatch verified or have a 90 percent positive feedback rating, can elect to use the new uShip Payments system.

It gives shippers the option, when they book your services, to select “online payment,” which secures payment with a credit card and generates a collection token code that is then given to you upon completion of the load.

The system has been live for a year now, with a year’s worth of testing prior to that, and combined with a trucker’s Paypal or Payoneer account can serve as a stand-in for a merchants’ account to accept credit card payments, with no extra fees charged beyond uShip’s regular transaction fees at the end of the load.

North Dakota-based Jamie Stewart (pictured with driver and business partner Brian Jochim), part-owner of Dry Creek Express, uses the system with two trucks of her own and many owner-operators she helps keep loaded. About 75 percent of the total freight she handles is booked through the uShip marketplace. “Anymore, you can’t just handshake or talk with somebody and do business,” she says. “I’ve been burned for thousands of dollars, and hustling to make that up is tough.”

uShip rep Dean Jutilla reports some resistance to the system from transporters at first — primarily due to the initial lack of availability of funds before job completion. However, today, he adds, the company “will often free up money in advance for fuel or repairs” — think of it as a sort of cash advance.

Feedback has been largely positive since launching that option.

Truckers using Payoneer in the system will receive a uShip-branded MasterCard that acts like a Comdata debit-type card, Jutilla says. uShip covers the $7.95 set-up fee and the $2.29/month maintenance fee for the first three months. For truckers in their Power Carriers program (those with high feedback/quality ratings and/or high volumes), they cover all fees ongoing, giving them an account credit.

For loads worth $350 and under booked on uShip, an automatic uShip Payment is generated from the shipper; for those in the $350-$2,750 range, shippers have the option of choosing online payment or putting down a deposit; and for more expensive loads, making a hard deposit is the only possible choice. About 40 percent of all the freight booked on uShip, Jutilla estimates, is being paid for this way, in just a year’s time since launch.

As for Stewart, she’s also happy for the time it saves her hustling on the collections side. She can keep on keeping it “old-school,” as she says, with “a 2002 flattop Peterbilt 379 and 2001 Kenworth W9…. We like to have good-looking equipment. I get in and drive once in a while with local stuff – if it slows down.”

Little chance of that lately, given the Dakota oil boom. “In North Dakota today, if you have a CDL it’s like having a piece of gold,” she says. “For the rest of the world with the economy, everything’s tough, but up here it’s a whole different ballgame.” 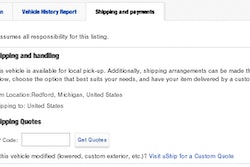 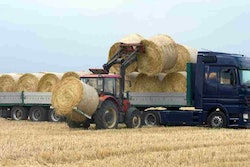 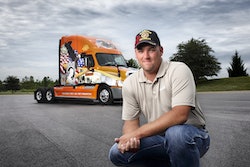