Speaking to attendees of the inaugural Great West Fleet Executive Conference in Vegas on Wednesday, noted economist Dr. Barry Asmus gave an enthusiastic endorsement of American exceptionalism and the importance of maintaining freedom and limited government to our country’s future.

Asmus pointed to the strong correlation between freedom and prosperity. As senior economist for the National Center for Policy Analysis, Asmus has worked with the Wall Street Journal and the Heritage Foundation for 25 years to create the Index of Economic Freedom, which ranks countries based on a variety of factors such as tax levels, property ownership and health care. The United States dropped to 10th place in 2012, based on deteriorating scores in government spending and investment freedom, but remains second in North America, behind Canada.

One factor that threatens America’s economic freedom is the growth of government, Asmus said. Our founding fathers were committed to limited government, but recognized that “democracy is fundamentally unstable: The takers can overwhelm the makers,” he said. The threat is that “51 percent could vote to take every dime of the money the 49 percent make.”

Asmus discussed two unstoppable trends — recession and recovery. The U.S. has had 13 recessions in the past 80 years — one every 6-8 years.

“Almost every recession is made by a policy mistake that is not only detrimental but has the potential to bring a whole country down,” he said.

He blames the most recent recession in part on the effects of the Community Reinvestment Act of the 1970s, with its goal of 70 percent home ownership. A worthy goal, he said, until lenders started making loans to unqualified buyers and the government guaranteed those loans through Fannie Mae and Freddie Mac. When property values dropped sharply, “we had $2 trillion in loans to unqualified buyers,” he said, leaving those homes underwater and leading to mass foreclosures and impacting the financial markets.

Likewise, Asmus blames the current crisis in Europe on the rise of socialism and the flawed idea of a common currency. “Public ownership of the means of production is wrong,” he said. “You can’t create wealth under this system,” he said, pointing to the imbalance of public workers versus the private sector. The public employees can retire early with full benefits paid for by private sector workers. The euro is failing, he said, because you can’t have a common currency if you don’t have commonality among the nations. “The nations speak different languages and hate each other,” he said. “Europe is sinking as we speak. Unless they go to austerity and cutting government spending, they are done.” 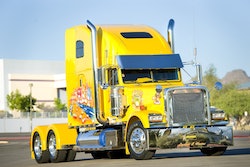 After brief hiatus, Most is back 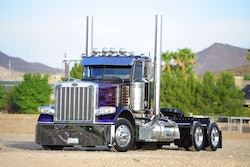