A free drive in the 5-Hour Energy car

Glenn Jarrett, brother of NASCAR great Dale Jarrett and former NASCAR driver himself, is collecting business cards at the Great West Truck Show as part of a drawing to give one attendee a free spin in a fully operation, former NASCAR car.

“All of our cars are real cars that were driven in either the Nationwide Cup circuit or the Sprint Cup series,” Jarrett said Thursday at the show.

Unlike some other services, Jarrett said, there’s no pace car to follow in his driving experience. An instructor sits in the passenger seat and lets the driver go as fast as they’d like, Jarrett said, “and if somebody’s in front of you, you can pass them.”

“It’s a much more real experience that way,” he said.

They’re going to draw a name at the end of the show, and the winner can redeem his or her drive at the Las Vegas Speedway or any of the other participating tracks around the country.

He’s at the Healthy Trucking Asssociation of America’s booth. 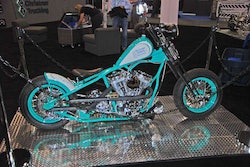 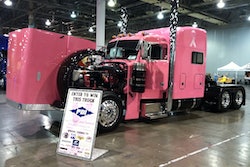 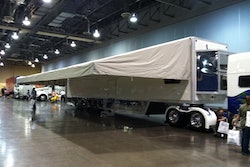