Freightliners to compete at NASCAR races.

Gentlemen, Start Your Diesels!
Freightliner Trucks is the official hauler for NASCAR.

The big truck maker announced its official sponsorship of American stock car racing at the Daytona 500 in February. The company said it will continue to sponsor individual Nextel Cup racing teams and also officially launched the Freightliner Run Smart Hauler Challenge, a series of pre-race events for Freightliner Coronado drivers who haul race cars from track to track.

“Both NASCAR and Freightliner Trucks share a passion for vehicles that push the envelope in terms of performance and efficiency,” said Jonathan Randall, Freightliner’s director of product marketing.

Freightliner will sponsor 13 Nextel Cup Series and Busch Series racing teams this season. “In addition to all of the great teams we’ve been affiliated with for years, we are also proud to announce our latest team relationship with Dale Earnhardt Inc.,” Randall said.

The Freightliner Run Smart Hauler Challenge is a series of five competitions run at NASCAR tracks before the stock car races. NASCAR haulers demonstrate their driving skills behind the wheel of a Freightliner Coronado. Drivers maneuver through an obstacle course and test skills such as parallel parking and backing up around curves. After the first event at Las Vegas, only 16 haulers got to keep competing. Each subsequent event cuts the number in half until the final two drivers face off at the Texas Motor Speedway in November.

“The hauler challenge is about skill and control, not speed,” said Randall. It is, he said, a competition drivers take seriously, not only for personal pride, but because of the prize money. The grand prize is $35,000, the second prize $15,000 and the third prize $5,000. The first competitions will narrow the contenders to 16, and the final competition will pit the top two haulers against each other.

Dates and locations for the big rig challenge are:

The 13 racing teams sponsored by Freightliner will use Coronado and Classic XL models to transport cars and team equipment from race to race all season long. The teams are:

Changes Up Ahead
The 2006 NASCAR Nextel Cup season is well under way, but the 2007 campaign has already taken shape, thanks to Toyota and the Car of Tomorrow.

One of the worst-kept secrets in NASCAR was made official earlier this year when executives from both NASCAR and Toyota announced the Japanese manufacturer will enter the Nextel Cup and Busch series in 2007. It marks just the second time in the history of NASCAR a foreign make has competed in its top two series (Jaguar had a limited number of entries in the Grand National circuit of the 1950s).

Toyota is already a regular in the NASCAR Craftsman Truck Series.

“During the past two years in the Craftsman Truck Series we’ve tried to learn everything we can about NASCAR,” says Dave Illingworth, Toyota senior vice president. “And one thing we’ve learned is that if you want to compete in the best motorsports series, you have to compete in NASCAR. We believe the time has come to move up to the Nextel Cup and Busch series.”

Michael Waltrip was tapped as the first driver/owner to join Toyota, and it is expected that Kevin Harvick will also be in the fold by 2007.

“Toyota’s standards are high, and their approach into the sport is well thought out,” says Waltrip, who’ll drive the No. 55 NAPA-sponsored Camry. “Michael Waltrip Racing’s sponsors have also taken their own methodical steps into the NASCAR industry, and I’m grateful that they’re making this march with me. As my new NASCAR Nextel Cup organization is formally born, it’s interesting to note that there is already a strong connection with my new partner.

“Both Toyota and I have Kentucky roots – I was born in Owensboro, Ky., and the Camry is assembled in Toyota’s plant in Georgetown, Ky.”

Waltrip, a two-time Daytona 500 winner, formed his own race team nearly a decade ago in Sherrills Ford, N.C., driving primarily in the Busch Series. Waltrip scored four victories while in the cockpit.

After providing engines for several teams in what was then the CART series from 1996-2002, Toyota moved to the rival Indy Racing League, where it won 17 races, including four in 2005. One of the highlights for Toyota in the IRL came when its engines propelled Gil de Ferran to a victory in the 2003 Indianapolis 500.

The company was scheduled to continue to supply engines for IRL teams through 2006, but opted over the winter to immediately withdraw from the circuit to concentrate on developing its NASCAR program.

Now Honda is the IRL’s sole engine supplier but is rumored to seek entry into NASCAR in the near future.

“NASCAR and Toyota have a long history between them,” Illingworth says. “And we’ve been part of the motorsports community for quite some time. We’ll continue with the truck series, but this is a natural progression for us.

“We’ll provide technical support to all the teams that need it, but the teams will continue to have their own sponsors. Many of our teams already have advanced chassis and other engine programs that will be used.”

Toyota’s relationship with NASCAR began in 2000 when the manufacturer fielded Celicas in the Goody’s Dash Series. It won its first race in the series a year later and claimed the Goody’s Dash title in 2003.

With the coming of Toyota also comes the Car of Tomorrow, which will be used in 16 races in 2007. The vehicle will compete in 24 events in 2008, and by 2009 it will be the car of choice in every Nextel Cup race.

Kyle Petty and Brett Bodine have been the primary drivers to test the machine, which amounts to a common template.

In January Bodine and the NASCAR Research and Development team, led by NASCAR Vice President of Research and Development Gary Nelson, conducted the first Car of Tomorrow test at Daytona. The main focus of the earlier runs centered on gathering information for the more recent tests. “We’re just here to do multi-car runs, try to evaluate its effect on the second car,” Bodine says. “All the aero configurations that we worked on last week, we’re letting Kyle do all the analysis. He was just here with his current car, so he’s got a good feel for the differences between the two.”

Both Daytona tests were open to any and all teams that wanted to put their prototypes through the paces. Bodine says the fact that only Petty Enterprises brought its prototype was hardly a setback.

Petty is one of several drivers who tested his team’s prototype last October at Talladega Superspeedway and Atlanta Motor Speedway, and most teams were gearing up for the season opener at Daytona in February.

“We can learn a good bit with two cars,” Bodine says. “Kyle’s been working with us since the beginning with this project. He’s been to Atlanta and Talladega, and now here at Daytona with us. We’ve had a really good working relationship, and just the fact that there’s only two cars, we can still learn a good bit about them. We already have.”

The redesigned car is slightly larger, and the driver’s seat has been shifted approximately four inches toward the center of the car. The changes provide extra room for new energy-absorbing blocks of metal that NASCAR has been developing since Dale Earnhardt was killed at Daytona in 2001.

The new car has been constructed to be boxier than current vehicles, meaning in theory less aerodynamic machines will be able to pass each other more easily on the track. It’s a new take on an old idea in NASCAR – that of common templates for all cars, whether they race under the flag of Ford, Chevrolet, Dodge, etc.

Current tests are focused on handling and balance as well as testing the effects of both a redesigned spoiler and a wing similar to what is used in the sports car series. Both are bolt-on pieces designed to help teams tune cars more efficiently at more tracks, thus reducing fleet costs.

“We’re trying the wing; we’re trying the spoilers,” Petty says. “You’re trying a lot of different stuff, and I think you’re still in that stage of development. I think that’s a big thing. I think everybody jumps to conclusions – ‘Oh my god, the Car of Tomorrow, it’s going to change racing, it’s going to do this.’ How do you know until you come up with the end product? And we don’t have the end product. I think every time you take it to a race track, you get closer and closer.”

The advent of the Car of Tomorrow has already invited comparisons to the International Race of Champions, a circuit designed to confine competition primarily to the talent of the driver.

As for the IROC comparisons, NASCAR CEO Brian France likes them.

“I think that’s good,” France says. “We want it to be the best drivers and teams on the track. We don’t want engineers winning races. I think it’s great if they’re complaining about it. It’s (about) drivers, who’s got the best team chemistry, who make the calls on the race, when to pit, all the strategies. That’s the biggest determining factor.

“There’s always an engineering side, but if we can diminish that, we’re all for that. If you want to be in a technology contest, we’re not the place for you anyway. We want competitive, side-by-side, the best racing in world. The Formula One and other series rightfully say they’re the technology people. That’s true. We don’t want to be.”

France adds that aside from making racing safer, the Car of Tomorrow will streamline the workload of NASCAR teams.

“There are something like 80 templates for all of the cars today,” France says. “There will be one big template that fits snug and tight, or there might be infrared or digital measurements we could take. We’re looking at how we can use technology to be more specific and clear with the teams. If we do it right, and we always say it and we always mean it, the racing ought to get better.

“More teams should have the opportunity to show their stuff and not be victims of how much money another team has.”

The prototype includes a roll cage that’s two inches taller and four inches wider; a driver’s seat that now sits four inches closer to the center of the car; and additional reinforcement on all sides.

“So it’s not necessarily about changing the shape or the size or what the car looks like. It’s more about making a safer car.” 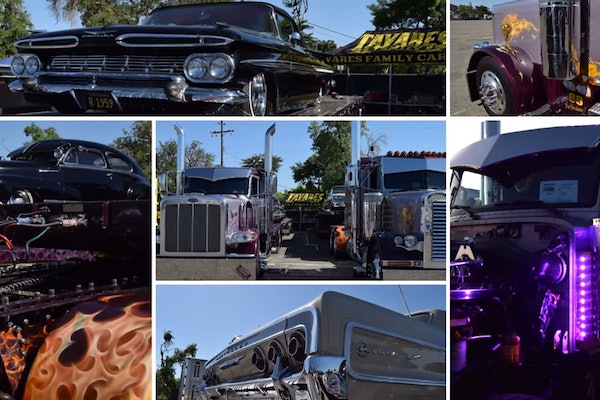 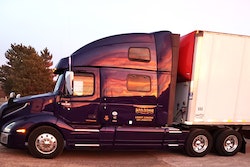