Seventeen carriers, including seven Canada-based, are winners in the Truckload Carriers Association’s second annual Best Fleets to Drive For survey and contest.

Best Fleets to Drive For is an annual survey and contest identifying the North American for-hire trucking companies that provide the best workplace experiences for their drivers. To qualify, carriers operating 10 trucks or more had to be nominated by at least one of their drivers (either a company driver or an owner-operator).

CarriersEdge conducted the survey and compiled the research data, evaluating each nominee on the range and depth of offered programs, the overall effectiveness of those programs across key metrics, and the responses of surveyed drivers.

Mark Murrell, president of CarriersEdge, said, “For example, the survey reveals that fleet sizes went down overall last year, but a number of the best fleets actually grew in size. Many of the best fleets also took advantage of low prices and interest rates to invest in new equipment.”

Murrell said many drivers noted the biggest area to get cut last year was employer matching 401(k) and RSPs in Canada. Many fleets dropped their employer match altogether, while those who kept it generally lowered the matching rate, he said.

Drivers also said their fleets are continuing to invest in green technology, even though fuel prices have stabilized. “More and more bonus programs seem to be tied directly to environmental initiatives like fuel efficiency and idle time,” Murrell said.

In addition to industry trends, the survey also provided a glimpse into some of the most innovative programs carriers are operating to recruit and retain drivers. Notable company initiatives include Don Hummer Trucking’s quilting club, through which drivers fill some idle time making quilts that are later raffled or donated to charity. Bison Transport created an extensive corporate intranet, which allows drivers’ family members to log in and see their satellite position. Boyd Bros. Transportation set up a seasonally adjusted mileage-based bonus program, and Kennesaw Transportation launched a starting pay program, which is based on the driver’s longevity at his previous employer.

In March, TCA will announce the names of the highest scoring fleets for owner-operators and for company drivers. These winners will be recognized at the TCA Annual Convention, Feb. 28 –March 3, at the Wynn Resort in Las Vegas. 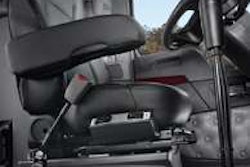 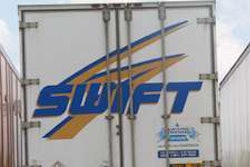