At the Great American Trucking Show, Drivewyze, a subsidiary of roadside inspection equipment manufacturer Intelligent Imaging Systems, announced the Aug. 28 availability of their new “PreClear” product, a web-based weigh station bypass system that operates via an app on operators’ Android, iPhone or Blackberry smartphones. Requiring no installation of in-cab hardware, said Project Manager Brian Mofford, the PreClear system has in under a year’s time rolled out to well more than 100 sites in 12 states: Connecticut, Kentucky, Maine, Maryland, Minnesota, Mississippi, New Hampshire, Pennsylvania, Tennessee, Vermont, Virginia and West Virginia. The company expects to be operational in 24 states and 4 Canadian provinces by this time next year.

PreClear differs from current transponder-based system in other ways, including that it gives roadside personnel visibility of the truck driver’s identity and CDL-associated driving record. Mofford and company see this as a plus for safe drivers. Combined with the technology’s ability to be deployed at non-weigh station inspection sites. Law enforcement can set up a geofence in any area and utilize it to target only those with negative safety records, prioritizing their work and saving bypassed drivers time and money. “Otherwise they’d get a 100 percent pull-in at those secondary sites,” said former North Carolina State Patrol Officer Marc Nichols, current Drivewyze sales director. “It’s a very powerful tool for law enforcement.”

User data is stored on company servers, and when law enforcement requests data to determine whether to bypass or pull in a truck, the system creates a unique identifier that is sent through secure sockets to the officer’s web portal, then translated to readable data.

Though the company’s service is launching with the smartphone as the driver’s tool, Mofford said, “really all it requires is a web connection — we’re looking at other in-cab equipment” such as GPS units and/or fleet communications devices” for future potential.

Drivewyze is offering a free test drive of the service for the next two months (through November 1) to all GATS attendees in 12 states where the system is operational: Connecticut, Kentucky, Maine, Maryland, Minnesota, Mississippi, New Hampshire, Pennsylvania, Tennessee, Vermont, Virginia and West Virginia. The test will be functional at all Drivewyze service sites, weigh stations and temporary pop-ups. Find out more at www.drivewyze.com/GATS or booth no. 18029. The company is also offering a demo of how it works, utilizing geofenced areas set up around the show floor. 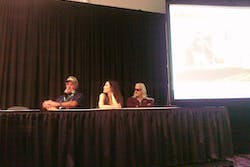 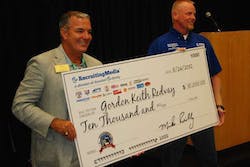 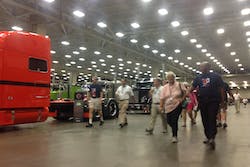 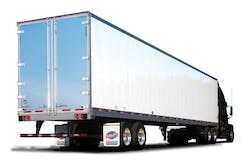