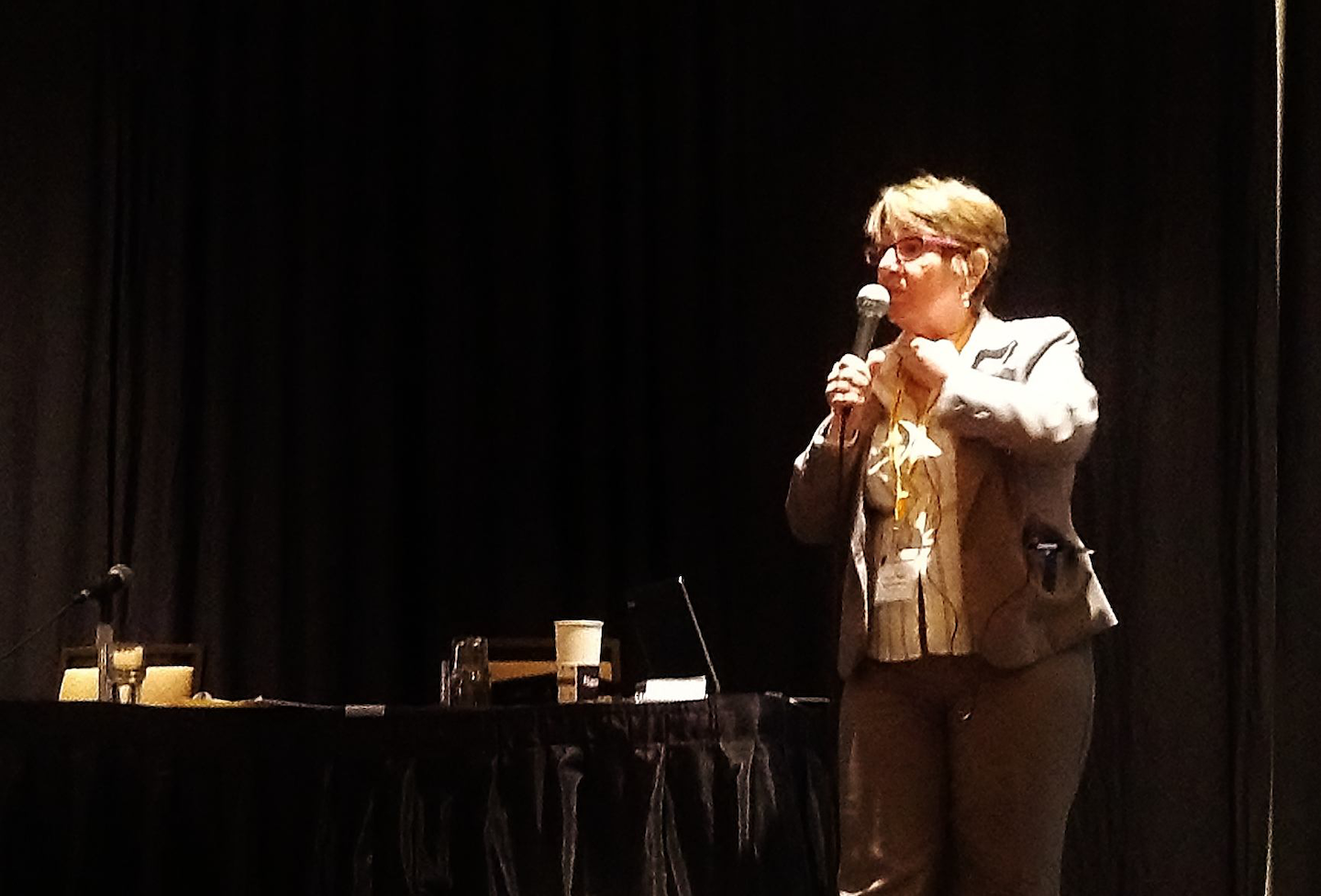 Elaine Papp, chief of the Medical Programs Division of the Federal Motor Carrier Safety Administration, reiterated that the agency continued to make progress in developing official guidance on screening and treatment for obstructive sleep apnea for driver medical certification purposes. Speaking at the 2012 Truck Driver Social Media Convention in Kansas City, while she didn’t specify an exact timeline for the official notice, she urged drivers to utilize the federally mandated public comment period to propose alternatives specifications when the guidance was ultimately released. Barring a shift in priorities with a change in administration after the election, drivers could be expected to anticipate the guidance within months.

“It is absolutely imperative that you participate in this rulemaking,” Papp said. “If you don’t like something in there, or do like it, you better tell us.” That imperative is underscored by regulation that prevents FMCSA from changing an official rulemaking or guidance after it has released official proposed stage unless their are compelling reasons to do so specified in comments.

As for what the guidance will look like, during her talk Papp referenced the recommendations made at the combined meeting of the Motor Carrier Safety Advisory Committee and Medical Review Board in February, which in April themselves were erroneously released as proposed guidance prior to undergoing full agency review. Those recommendations notably didn’t fully endorse dental appliances as an allowed treatment or home-based apnea tests as allowed diagnostic testing. (You can access the language of the recommendations here.)

Papp, in her remarks, however, spoke favorably of both as lower-cost possibilities for diagnosis and treatment of apnea. Several years ago, when Papp herself underwent a sleep study to determine if she had the condition herself, it cost her arond $4,000. She cited an average cost figure for a full in-lab sleep study today at more like $1,800-$2,000. “The agency has also sponsored studies … of in-lab sleep studies compared to home studies. There’s a huge cost difference,” she added, and the studies found the home tests to be as effective as overnight sleep studies, generally.

About dental appliances as alternatives to continous positive airway pressure (CPAP) machines for treatment, Papp noted the FMCSA had seen their effectiveness recently in meetings with a dentist who utilizes mechanical devices with technology embedded that can allow for proving compliance with treatment.

Ultimately, she added, the agency must consider less-costly diagnoses and treatment options in order to pass the regulatory smell test. By law, “We have to make sure that what we write [as proposed guidance] is in the framework that will be an acceptable economic burden.” Then, she asked, “If sleep apnea affect 2 million drivers,” and it will cost $2,000 for every one of those drivers to get tested, “do you think they will let us put that kind of economic burden into rulemaking?”

National Registry of Certified Medical Examiners update
Responding to a dynamic Trans Products Trans Services Regulatory Manager Richard Wilson noted in his talk earlier in the day relative to unprofessional practices from certain clinics and doctors around the country cashing in on the gray area that currently is the sleep apnea regulatory situation, Papp said, the new National Registry of Certified Medical Examiners would give the agency a tool to act on driver whistleblowers against examiners. For the first time, the FMCSA will have an easy method of identifying and tracking the up to 40,000 total registered examiners they feel they will need nationwide to meet drivers’ needs.

The date on which thereafter you will have to utilize a medical doctor in the registry when getting your DOT physical is May 21, 2014. As of now, said Papp, the agency has received about 4,000 registrations of doctors all awaiting finalization of the agency’s exam for approval. They’re averaging an addition of 150 daily.