In previous experience working with load boards, uShip Vice President of Carrier Relations Eddie Peloke found continually that what he thought of as the idea path for load search was to “take searching out of it” as much as was possible. Currently in beta testing with 100 single-truck owner-operators, uShip’s new load alerts system does just that.

“Only qualified carriers will be able to be a part of it,” he said, noting that the qualifications required would be a a 5-plus feedback rating in the system with 90 percent positive feedback or Transcore CarrierWatch-verification of valid operating authority. When signing up, carrier would give uShip access to their location via cell phone, smartphone or other telematics device and specify load parameters that could easily be changed later, such as “the kind of freight they like, whether they want loads to be above a certain dollar figure,” Peloke added.

When a carrier gets into an area nearby a load that matches the criteria, the uShip system would then generate a text message or email to notify the user, accounting not only for location but also direction in which the load is moving — “we don’t want ultimately to be bombarding you with information about loads that are behind you,” says Peloke.

Better yet, none of the freight in the pool in the new system will be freight out for bid, as is typical of much of the freight in the uShip system. When shippers put loads into the system they will have the option of enabling instant booking. For independents, such loads could be valuable partials to add en route, or, at the least, the service could supplement existing freight resources in unfamiliar areas.

Below find a simple video tutorial describing more of the particulars of the new load alerts; Peloke says the company expects to open up the service to all carriers utilizing uShip in the next few months. 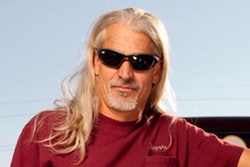 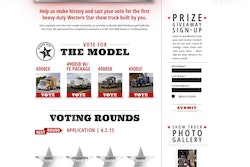 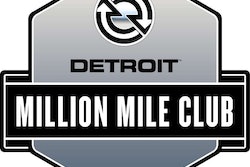