Kabang Crunch is not a breakfast cereal. 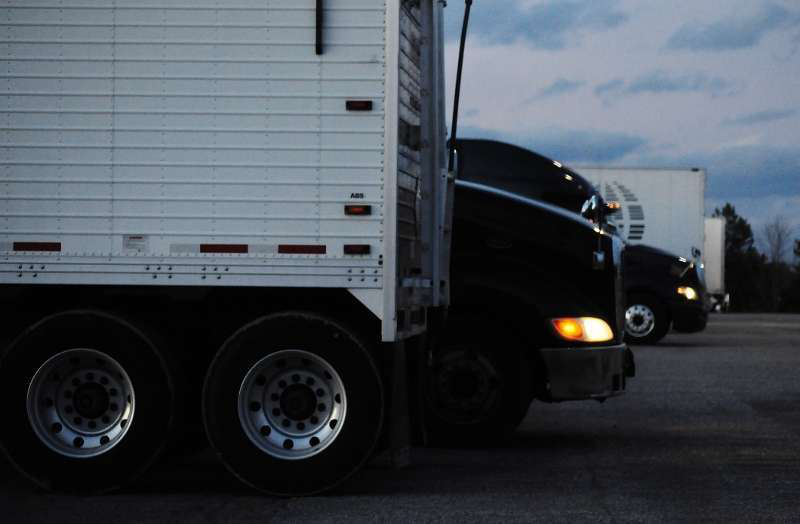 There’s no alarm clock in the world quite like it. For those of you who have never been backed into by someone while sleeping in a truck stop parking lot, a “kabang crunch” is the sound of money instantly leaking from your pockets in the form of body damage inflicted by a driver either too tired, too green, or just too assy to be able to put a trailer in a slot backward without taking a giant piece of your cab/bumper/front end with it. It’s also a sound heard often by the unfortunate drivers who come in late to the party and take that ever-inviting end spot, which always seems to be open. There’s a reason, grasshopper.

Apparently there’s a prize for speeding through truck stop parking lots that I’m unaware of. There’s absolutely no reason in hell to catch third in a Love’s, unless your hair is on fire or a member of the Taliban has suddenly popped out of your bunk with an RPG aimed at the back of your head. People who do this are clearly homicidal, and quite possibly carrying rabies. Please don’t do it. There are idiots like me wandering around out there, who become fixated by a penny on the ground, and might not be paying close attention to their surroundings. And people should be able to use the end spot without having their entire front end drug off by one of you.

I’m fairly certain I could be scared to death, quite literally. My headstone will probably read something like “Here lies Wendy. She woke up with a snake in her sleeping bag and her head exploded. May she rest in pieces.”

Also, for those of you who are riding along and unaware of such things, there are airbags in the trailers (I don’t know where – this black magic eludes me) that will pop when idiots decide to haul ass through a busted-up lot with pond-sized potholes in the dark. The sounds of the popping is enough to make you believe you have been shot at by a .40 caliber hand cannon. I seriously thought I was going to see Jesus one night in Arkansas when a guy tore through the parking lot (which closely resembled a bombed-out Iraqi village) and popped a bag about 3 yards from my sleeping head. It scared me so bad I bit my tongue, and when I saw the blood I almost had a stroke because I was certain I’d been shot.