Updated July 29, 2021, as part of Overdrive's 60th-anniversary series of lookbacks on the history of trucking, and that of the magazine itself.

Read more in Overdrive's weekly 60th-annversary series of lookbacks on trucking history via the link.Call it two-for-one time in our weekly 60th-anniversary series, dear reader. You see, on Wednesday, July 28 -- as any attentive watcher of political news (... er, spin, as the case may be) will be well aware -- an audio clip from President Joe Biden's visit to Mack Trucks' Lehigh Valley plant seemed to have him saying he'd driven a tractor-trailer in the past. While one might grant the former school-bus-driving Prez the possibility of it being true, skepticism around such a claim seems to be more on point.

And perhaps he was conflating the ridealong mentioned in the following mini-column from 2012, part of Overdrive's then-Senior Editor Todd Dills' Channel 19 blog, with a trip actually behind the wheel. (The original column has been slightly edited to reflect the 9 years passed since it first aired.)

You, astute reader, can be the judge of that. Now, here's that trip back in time to when Biden was Vice President and, well, no less capable of that spin we mentioned earlier, and more than that even farther back ... Enjoy. --The editors

Joe Biden on the big-rig business 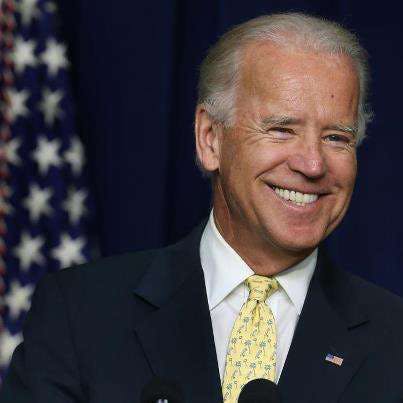 This wouldn’t be the first time then-Vice President of the United States, Joe Biden, appeared in the Channel 19 halls. Back in 2008, when he and Barack Obama were running, in the old Channel 19 print column we called out the actual circumstances of an item from his stump speech about a supposed drunk trucker who piloted a rig that killed his then-wife as well as a young daughter. (Other accounts suggest the Bidens had pulled out in front of a sober driver, leaving little time for evasive maneuvers.)

Then in 2012 Andrew Kacynski with Buzzfeed unearthed a Biden editorial from shortly after the 1972 crash in 1973 that suggested a bit more empathy with the nation’s independent truckers than the 2008 comments would have suggested. In 1973, Biden set out with a driver on a route from Wilmington, Delaware, to Hamilton, Ohio, to get a bird’s-eye perspective on the issues facing the independents of the day.

Stopping to survey the range in diesel prices along the route (between 36 and 54 cents a gallon), Biden noted a pervasive sense of isolation from potential fixes for the high-fuel-price problem from the more than 300 drivers he says he encountered then: “Dominating the entire discussion was the feeling … that the federal government isn’t listening.”

Considering all we saw from FMCSA throughout the Obama administration, from the many listening sessions on hours as well as the issue of electronic logs and harassment to an avowed attempt to engage the industry more directly in regulatory review, the question of whether or not it was any better or worse than other administrations in that regard remained an open one.

My guess is while the show and process of outreach at that time was great (and likely paid dividends in different ways in the years since), on the back end we all could have used a little more of what Biden seems to have had as a young Senator in 1973 — a willingness to get out of the office to see the realities where the rubber hits the road. 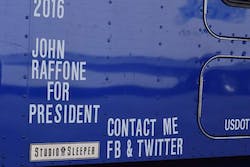 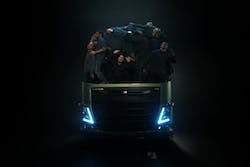 How many people can you get in a truck cab? 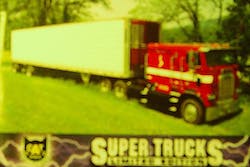 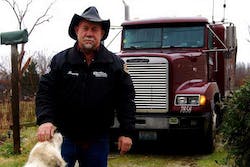