I have begun to love travel. Anyone who’s known me my whole life will immediately call to see if I’m being held hostage by someone who made me write that, but I’ll have to tell them it’s true, and there’s definitely not a hostage situation. (My family tends to be armed and could possibly start a small revolution if they thought I was being held hostage by bad guys.) If you had told me a year ago I was going to have to take a 2,500-mile trip in a motor vehicle, I’d have told you to go straight to hell. Riding 600 miles to Georgia from Ohio was horrible enough to keep me from visiting home much.

I don’t know what happened, I guess I just got out there and started seeing awesome things and realized 600 miles isn’t far at all. Anything under 600 is considered an easy day anymore. George runs hard, and if he’s on the road, he’s rolling. It’s the only way he can make enough money to justify being away from home, and it’s the way he does it. 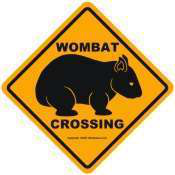 When you’re on the truck with him, there’s not a lot of time for stopping to see things and piddling around. I learned real quick, you see a lot of things, but that’s all you do – see them. If you want in-depth information about what you see, you consult the interwebs. (Or you make up fantabulous stories in your head about them and entertain yourself with phantom wombats and flying monkeys. This is just a suggestion, I don’t endorse living in a fantasy world, unless, of course, you’ve been abducted by aliens and they’re trying to mind-meld with you.)

We’re lucky, he’s able to kind of pick and choose his loads and he’s really good at putting us in places we want to see for his breaks. We also have a dispatcher who takes it as a personal challenge if I tell him I haven’t been somewhere, and he pretty much makes sure we get there if I’m on the truck. Even with the planning and a good dispatcher, we have still been stuck in some God-awful places for a reset. Let me assure you, if you want to get any sleep and avoid possibly contracting rabies from a toilet seat, you do not want to spend your break in Memphis, Tennessee. Also, Detroit is one of the only places I’ve ever visited that I could have been armed with a Howitzer and still felt unsafe. Detroit is weird, though, you can go three miles from a bombed out ghetto and be in a beautiful neighborhood by the lake, where everyone drives Volvos and has marathon stickers on their cars. And the lake has a seamonster in it. It’s all at once bucolic and terrifying. What the hell was I talking about?

It’s good stuff, I strongly suggest you do it. Our son is on the last leg of a cross country trip on the truck with his dad, and the stories he’s told me on the phone about the things he’s seen and done are the same ones I’m sure he’ll tell his kids. He’s definitely decided there are a few places he doesn’t like, but he told me he’s glad he experienced them, anyway. I told him I thought that was a great philosophy to follow in life — you don’t have to like it all, but you need to experience it, at least see it with your own eyes before passing judgment. He told me I was being weird and asked me to schedule his driving lessons. Some things never change.