The Federal Motor Carrier Safety Administration has granted permanent authority to half the Mexican carriers participating in its pilot program. It’s also preparing for comment on a new applicant.

Program admittance includes clearing a Pre-Authorization Safety Audit. During the first 90 days of provisional status, the agency inspects every driver and truck each time the carrier travels beyond the border zone.

After 18 months in the program, participants can advance to permanent authority if they receive satisfactory compliance reviews and lack enforcement or safety improvement actions.

Transportes Olympic had permanent authority since the program began because of its 18–month participation in the previous pilot program.

The agency also will publish notice that it will accept comment on the PASA for applicant carrier Sergio Tristan Maldonado. The company, DBA Tristan Transfer, has two drivers and one truck to operate beyond the border zone.

PASA results are pending for five additional program applicants, while FMCSA has dismissed another 13 applicants and four others have withdrawn their applications.

The agency has stated it could make a statistically valid analysis of participants’ safety performance if it has 46 participating carriers that undergo 4,100 inspections during the three-year program. The program will mark its two-year anniversary in mid-October.

The Owner-Operator Independent Driver Association and the Teamsters union have separately asked for a rehearing of the District of Columbia appeals court’s April 19 ruling in favor of the FMCSA continuing the program. Both have requested en banc hearings, used when the full court is deemed necessary for uniform decisions or for questions of exceptional importance.The court has granted the agency an extension until July 2 to response to the plaintiffs’ petitions for rehearing.

FMCSA will publish a notice June 26 regarding Tristan Transfer’s PASA via the Federal Register. 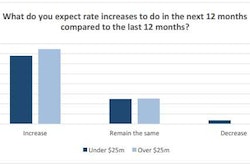