A bill referred to the House’s transportation committee last week would raise the minimum insurance required by trucking companies from $750,000 to $4,422,000.

The Safe and Fair Environment on Highways Achieved through Underwriting Levels Act (SAFE-HAUL) was introduced by Rep. Matt Cartwright (D-Penn.) and has seven co-sponsors.

The bill cites a recent study by the Trucking Alliance —  a group that consists of seven large fleets — that says 42 percent of accident settlements paid by carriers between 2005 and 2011 exceeded the $750,000 minimum.

The Owner-Operator and Independent Drivers Association and the American Trucking Associations both disagree with the findings of the study, however, and both say that just 1 or 2 percent of crashes involving trucks actually see a claim above $750,000.

OOIDA’s Todd Spencer in June called the study “bogus,” adding that “All the Alliance will succeed in doing is increase costs for their competition in trucking and chum the water for personal injury lawyers.”

ATA spokesman Sean McNally echoes Spencer, saying that just 1 percent of settlements exceed the minimum. The Alliance, he says, recommends the limit increase “in satisfaction of some unstated goal.”

The Federal Motor Carrier Safety Administration “consistently found over the same time period examined by the Trucking Alliance that the average cost of a crash involving a large truck is less than a third of the minimum limit required today,” McNally added.
Related Stories 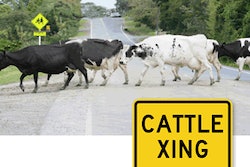 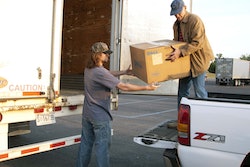