So Investigation Discovery (ID) Channel has taken trucker hate one step further and started airing a show about a bunch of serial killers who just happen to be drivers. Mind you, they had the obligatory four-second blip during the show detailing violent crimes perpetrated against truckers. It was squeezed in between the tampon commercial and lascivious descriptions of torture and rape, so most of the general public probably mistook it for the main reason all truckers have escalated to serial killing, and not as a statement that not all truckers are serial killers.

“Oh no, John Q.!! We’re on the highway with a bunch of trucks! There are serial killers all around us!!”

“Don’t worry, Annie P., I’ll go as fast as I can to get in front of them and slam on my brakes like my feet weigh ten thousand pounds!! That NEVER makes anyone mad enough to go on a killing spree!!”

I think if John Q. and Annie P. had to deal with what truckers deal with on a regular, daily basis (i.e., idiots in bumper-sticker-festooned Priuses), they themselves may take a little walk on the dark side. I’m actually surprised there aren’t more spree killers on the highway. The FBI should send out a commendation to every professional driver on the road (who isn’t a serial killer) that says, “Congratulations and thank you for not being a serial killer!” Make it official. You drivers who don’t kill people rock!

I’m not sure I have the attention span to be a “serial” anything, but I’ve definitely considered dotting an eye or two out here. I could possibly be a “serial throat puncher,” but I really don’t have what it takes to go through all the mess involved with body disposal. I’d rather inflict damage and let them tend to the rest themselves while I ride away in the truck, laughing maniacally. I’m selfish with my time like that.

I was brushing my teeth in a Love’s bathroom in Tennessee recently. It was early in the morning, I was in no mood for social interaction, I just wanted to brush my teeth and leave. It happened to be Sunday, and I guess a busload of church ladies had stopped to make my life miserable. They were all milling around the bathroom, staring at me, keeping their distance, like I was a baboon brushing my teeth and not a human being. I had the distinct urge to smear toothpaste foam all over my face and run at them snarling, but I refrained, and finished up with the ol’ dental hygiene. I was capping the toothpaste and drying my face off, when I heard one of the ladies remark to another on the way out of the bathroom, “I thought they had special places for those people to wash up? She was spitting, right there in the sink!”

My first thought was, “I can take you, old lady. I can take you and three of your friends out before they get to me with cuffs.” Kidding! I totally didn’t think that. (I never imagine they’ll get to me with cuffs.) Of course, I didn’t act upon my instinct, but if I had actually had the gumption to be a serial killer, that incident probably would have set me off on a bloody spree.

(And just as a side note disclaimer: I was spitting toothpaste into the sink, not hocking loogies.)

So kudos to all the truckers out there who aren’t serial killers! Job well done, and no string of pesky bodies to worry with! This is complete sarcasm, but there’s going to be at least one idiot out there who takes it to heart! They probably drive a bumper-sticker-festooned Prius! Yay for the general public! 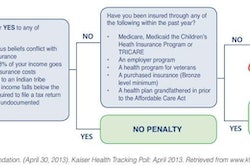 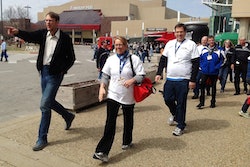 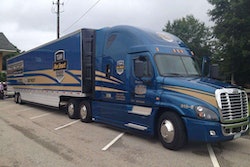 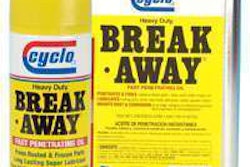 Perils of Break Away