It’s not always easy being four feet away from your spouse 24 hours a day, seven days a week. A lot of married couples work together — we have friends who own a hair salon who have worked side by side for 20-plus years. They still speak to each other and everything. But at the end of their day, they can go to different rooms of the house to avoid seeing each other for a few minutes. Also, their job is populated with other people; actual live human beings who aren’t nearly as surly as gate guards and lumpers. They also enjoy the privacy of being able to leave the room if they have an urge, need or desire to pass gas. These people have been married more than 20 years and she swears he’s still never heard her toot (because she’s a lady and ladies don’t fart), and the only time she ever heard him let loose was after hernia surgery when he was doped up. And he probably doesn’t know that, and she’s going to kill me dead for writing about it.

Being a nurse may have something to do with this, but I would think my husband was ill if I never heard him fart. I would worry. And while I don’t think he would be concerned if he hadn’t heard me toot (because I’m a lady, too), I’m fairly certain he could pick one of mine out in a toot line-up if he had to. Let’s face it, we’ve been married almost 20 years, he saw my guts up close and personal when our son was born, so surely to God he can handle hearing them speak occasionally.

When you live in a 6-by-8 box for weeks on end with another human being, you get to know them really well. And we’re not in a team-driving situation, where he drives while I sleep and vice versa. We’re awake and side by side from pullout to park. Our lifestyle requires a lot of patience (mostly on his part) and understanding (again, mostly on his part — I sense a theme here). Being able to laugh is absolutely mandatory to keeping sane. Being diplomatic enough to roll the window down before you fart is an awesome character trait. (This is also known as a “fart tell” and alerts the other person to impending unpleasantness. It’s never OK to sneak up on someone with a bad smell.)

Kudos to the trainers and team drivers who aren’t partnered with wives or family. I don’t know that I could share such an intimate space with someone I wasn’t tied to by blood or legal document. I’m fairly certain the first time I started babbling about Sasquatch or aliens, I’d be asked to leave anyway.

Sometimes, making friends on the road is hard. 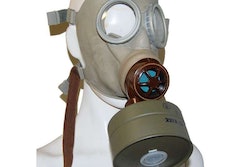 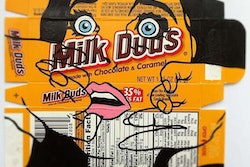