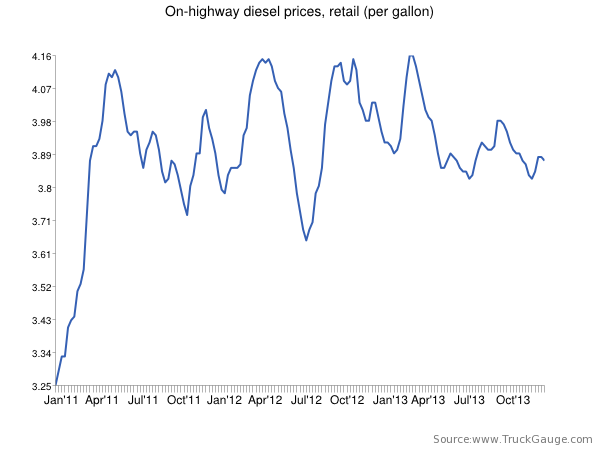 The national average price for a gallon of on-highway diesel fell again in the week ended Dec. 16, down eight-tenths of a penny (0.8 cents) to $3.871, according to the Department of Energy’s Energy Information Administration.

Last week’s even smaller drop — a three-tenths of a cent decline — ended a two-week string of price increases. The two consecutive price increases were the first since the last week in August and followed 11 straight weeks without a price increase. The price is down 11 cents in that time period.

The price of diesel has only risen two weeks out of the last 15, but is only down 7.4 cents from the same week last year.

The Gulf Coast region still has the country’s cheapest diesel, $3.766 a gallon.