Federal Motor Carrier Safety Administration head Anne Ferro defended in front of Congress last week her agency and two of its most criticized regulatory actions in recent years — the hours-of-service rule changes made in July of last year and the agency’s Compliance, Safety, Accountability program.

Testifying to the House’s Transportation Subcommittee on Highways and Transit, Ferro answered questions from representatives on the negative consequences the industry says it faces due to the hours restrictions and the recent government reports that say CSA is unfair for smaller carriers and is plagued by data quality problems.

Rep. Richard Hanna said the agency is “hurting the people you are paid to help,” pointing to higher insurance costs, lawsuits and loss of business caused by “erroneous” scores in CSA formulated using what’s perceived as bad data.

“These are real-world, tortuous problems that you’re putting these truckers through, and frankly the organization acts like they’ve got all the time in the world to correct these problems,” Hanna said. “I think you need to back up, ma’am, and take a look at some of this stuff. Are we so thick we can’t hear the very people whose lives we’re impacting? Is there nobody you believe except some academic who does a study?”

Ferro, however, said her job is to not help the industry but rather to “improve the safety” of it. “That’s what the agency was created to do, and as its lead I’m very proud to be a part of that.”

FMCSA knows the financial impact of the hours-of-service changes, Ferro said, but the rule’s “safety and health” benefits outweigh its costs, she said.

Rep. Markwayne Mullen said the agency’s rule is “hypocritical,” as Ferro’s work hours are not regulated.

“Drivers know when they’re tired and when they’re not – they’re professionals,” Mullen said. “Ma’am, no one regulates how many hours you can work. This is a one-size-fits all approach, and you don’t want to hear about it.”

Ferro said the agency is working to improve the program, but also defended it against the recent GAO report, saying it’s the agency’s job to “anticipate” safety problems rather than waiting until after crashes have occurred. 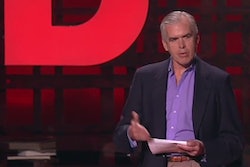 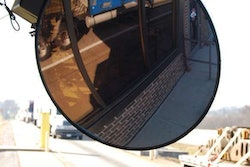