“Overhaul and simplify the law to release the energy and passion of Americans so that we can begin to address the challenges of our society.” –Philip K. Howard

“[Improving safety, not ‘helping the industry,’ is] what the agency was created to do, and as its lead I’m very proud to be a part of that.” –FMCSA Administrator Anne Ferro

I caught the TED Radio Hour rebroadcast on National Public Radio over the weekend — if you haven’t heard it before, generally each episode centers around a TED talk, TED being the eponymous organizational nonprofit dedicated simply to airing ideas from all manner of thinkers around the nation and the world. “Ideas worth spreading” is their tagline. Fair enough. (I can think of a few trucking ideas, among others, that might be worth a TED talk, by the way.)

The talk in question that was discussed this past weekend — from a live event four years ago but no less prescient, particularly in our context — you’ll find below.

The speaker, lawyer and (more broadly in recent years) writer/thinker Philip K. Howard (a couple of his books: Collapse of the Common Good, Life Without Lawyers) argues for dramatic simplification of laws and regulations throughout all aspects of life, to eliminate absurdities like warnings labels against swallowing products that are far too big to fit in a person’s mouth as well as simplify the byzantine intricacies of business regulations, like those in trucking. “If you run a business, it’s hard to do much of anything without calling your general counsel,” says Howard, then remarking on the phenomenon of general counsels becoming CEOs because the law is so complex you more or less need a lawyer to run the company.

While such may not be happening in the small fleet realm, the continuing complexity and sort of “pile on” effect we have today viz a viz equipment and operational rules and regs are most definitely part and parcel of the phenomenon, playing out over the last couple of decades, that Howard describes. On the TED Radio Hour show, he called the dynamic he’s speaking against a sort of rule fetish underpinning law. “It’s not a question of right or wrong. It’s a question of ‘did you comply?'”

And then consider this thought from reader Don Torok on our Facebook page, making reference to the Anne Ferro quote above: “Like she said, she is not here to help the industry. If a person really wants to improve safety in the trucking industry they need to listen to the drivers that have decades of real life experience. Listening to academic reports and insurance statistics will only lead to more laws [and rules with which to comply] with very little effect” other than to further lend to the dynamic Howard argues against, where lawyers and judges are little more than compliance police — simply nitpicking legal language with little concern of whether individuals have “acted reasonably,” to paraphrase Howard’s thinking, in all manner of disputes. With each other, with law enforcement, etc.

Give it a listen through. Though he doesn’t mention trucking directly, I was struck in several instances by Howard’s message’s applicability here, of a piece with what OOIDA Executive Vice President Todd Spencer urged during the last Motor Carrier Safety Advisory Committee meeting, namely a review of all current FMCSA regs to determine true applicability to safety. After such a review, conducted honestly, I suspect we might come out with a code that is much less dense than it is today. That just might get us back on track toward a safety-regulatory system with more moral authority and sense of bedrock, basic human responsibility than the one we’ve got today. 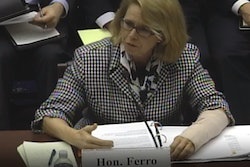 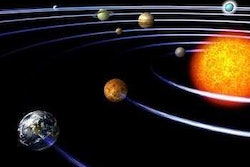 Cabover at the Neal awards — and plenty of gratitude 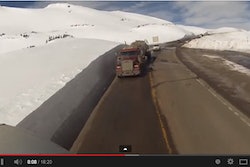