Today is Easter, and after I take some time to commune with the deity of my choosing and be reverent and thankful for all that I’m privy to, I’m going to say a little prayer for the resurrection of my lumbar region.

We lost our minds and took the boy to a concert the other night. Actually, we used to go to a lot of concerts: George did quite a bit of photography for Clear Channel Radio – way back when XM didn’t rule the world. I’ve tagged along as his “assistant” to all kinds of shows, but the majority of the time the title came with a magic little pass that kept me in the safe area between the stage and front line of thronging fans. It’s been a long time since I floated on the wave of humanity in the front four rows of a rowdy rock concert.

Everyone was home and off work and school for the Easter weekend. Papa Dirt made it through surgery and did extremely well, so we had a lot to celebrate. A band that George and I have been listening to for 20 years was playing at a venue he used to frequent when he was young, and we decided to take the boy. The fact that we’ve been listening to this band for 20 years means he’s been hearing this music his whole life, since he’s just a month shy of 17. He actually loves the band as much as we do, so it was an all-around neat concert, full of nostalgia and concussions. More on that later.

The first two bands were relatively calm, and by relatively calm I mean there weren’t really enough people on the floor to get into my “personal space”. Everyone was fairly respectful and didn’t act like they wanted physical confrontation. The first band was kind of awful, like opening bands tend to be sometimes. I thoroughly enjoyed the second band, which was a total surprise, since I really didn’t expect much from a bunch of crazy boys from Texas called “Supersuckers” who announce themselves as the greatest rock band in history, right before they tear into a half an hour of kick-ass rock-a-billy grunge. They brought it. People got riled up, but there was still plenty of space.

When the Toadies took the stage, four thousand people flooded the floor and immediately began flinging themselves around like possessed wildcats. OK, that may be a filthy lie, but there was definitely an influx of warm, drunk bodies that seemed to be hurling around rather forcefully. My first instinct was to protect the boy, and his instinct was to throw drunk people around, so they didn’t touch his mom. He and his dad made quick work of the few pressing close enough to be uncomfortable — it only took a couple of minutes for them to stake out their territory, but the constant tide of hopping humanity was exhausting, and after the first four songs, I led the boys off to the back, where I could breathe and consume large quantities of water. I am a party animal.

We watched the rest from the relative safety of the back and it was still an awesome concert. We drug ourselves out to the car when it was over, exhausted, deaf and giddy from nothing other than adrenaline. Exactly how you should feel after a good show.

I felt like I had been beat with a stick the next day, but it was worth it. We had a great time, functioned well under pressure as a little unit, and did things we won’t forget, and that’s what family time is about.

It’s our sincere wish that you get family time this weekend, and if you don’t please know there are people who are thinking of you and praying for your safe return home. Happy Spring! 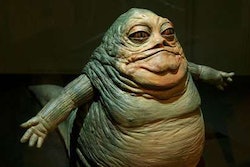 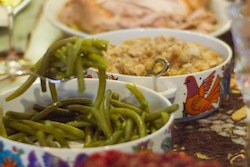 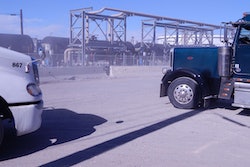