In a rush of public comments from trucking trade groups prior to the May 21 closing date of the public comment period on the Federal Motor Carrier Safety Administration’s proposed Drug and Alcohol Clearinghouse rule, driver and owner-operator advocacy groups and carrier and safety advocates fell on opposite sides of several key elements of the rule.

The Owner-Operator Independent Drivers Association in its comment noted the need for safeguards against carrier reporting measures, while groups like the American Trucking Associations, Truckload Carriers Association and the Truck Safety Coalition are pushing for an expansion of the ability of carriers to report drug or alcohol violations to FMCSA’s database.

Once final, the clearinghouse rule will implement a database of drivers who have either failed or refused to take a drug test and those who have been cited for alcohol-related violations. Carriers will be required to query the database for new driver hires and once annually for current driver employees. They’ll also be required to upload data on failed or refused drug tests to the clearinghouse.

OOIDA in its comment is pushing for several inclusions in the rule to “prevent carriers from reporting false ‘refusal’ to the clearinghouse,” which it says is “the most serious problem” its members have with the rule. Here’s an excerpt of OOIDA’s comment:

“When the report of a ‘refusal’ is the product of a request to submit to a test on a schedule that is impossible to comply with, then it has a meaning not intended by the regulation and is in accurate. OOIDA members describe motor carriers who report refusals in order to coerce, retaliate against or punish drivers. On e scheme motor carriers use is to require a driver to take a drug test at a date and time that is impossible for the driver to meet — whether due to the distance the driver must travel to the drug testing facility or the simultaneous work demands of the carrier. Another scheme is to tag a driver with a refusal after the driver is terminated or resigns from the motor carrier.”

OOIDA says it wants FMCSA to amend the proposed rule before made final to clarify the term “reasonable time” in the refusal to submit section to take into account when a driver has a delivery obligation with a load, when the driver does not have enough time on his or her hours of service clock to get to the testing facility and whether the order to take a drug test came after the driver no longer works at the company.

OOIDA also has requested the agency to do the following in the final rule:

ATA’s key suggested change to the proposed rule is to expand the scope of the rule’s reporting requirements to require employers to report “observations of drug/alcohol misuse and employee admissions of misuse” to the clearinghouse.

Joint comments from the Truck Safety Coalition, Citizens for Reliable and Safe Highways and Parents Against Tired Truckers also push for reporting of “actual knowledge” and observational reports form carriers to be required. The groups also suggest that FMCSA require employers to report information obtained from drivers’ previous employers and to extend the amount of time records stay in the clearinghouse to five years from the proposed three.

The groups also say they want an expansion of the driver consent stipulations. “TSC, CRASH and PATT support a consent that authorizes employers to annually search drug and alcohol testing records for the duration of a driver’s employment, in place of the current system which requires employers to obtain written consent each year.”

OOIDA opposes the “actual knowledge” reporting suggestions, saying they’re “unverified allegations” that “have no place in the clearinghouse database.”

Click the links below to see the full comments from groups listed:

Advocates for Highway and Auto Safety

Random drug testing of truckers to continue at 50 percent rate 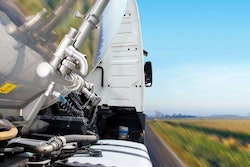