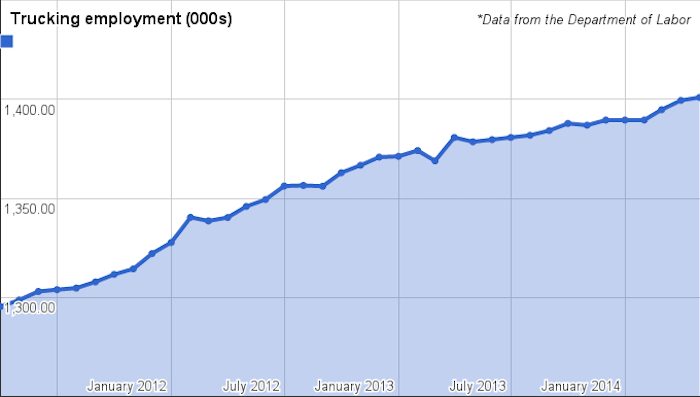 The for-hire trucking industry added 1,500 jobs in May on a seasonally adjusted basis, according to the monthly employment report released June 6 by the Department of Labor’s Bureau of Labor Statistics.

April’s originally reported addition of 6,800 jobs in the industry, however, has been downwardly revised to 4,700.

The U.S. economy as a whole in May added 217,000 non-farm jobs, BLS reports, but the country’s unemployment rate was unchanged at 6.3 percent. That’s still the lowest unemployment rate in more than five years.

Note: The BLS numbers for trucking reflect all payroll employment in for-hire trucking, but they don’t include trucking-related jobs in other industries, such as a truck driver for a private fleet. Nor do the numbers reflect the total amount of hiring since they only reflect the number of employees paid during a specified payroll period during the month. 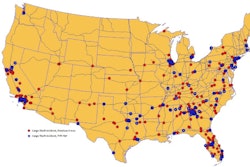 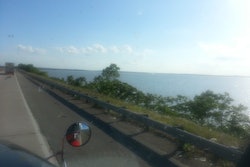 From a safety perspective, refusing to drive in dangerous conditions is a no-brainer, yet for employee drivers facing retaliation from their company, protections under the law are only as good as a hauler's documentation of the case.