Public comments so far are split various ways (especially from drivers) on the proposed federal rule that prohibits carriers, shippers, brokers and others from coercing drivers into operating their trucks beyond hours of service limits or against other regulations.

Two key arguments have emerged, however: One contending the rule is past due and that the agency should do more to hold shippers and receivers accountable, and the other saying the rule is a good idea but places the burden of proof of coercion on truck operators, thereby undermining its purpose.

For instance, a public commenter whose name is listed as Brian says as long as the onus is on drivers to prove they were coerced, the rule won’t have much effect:

“I applaud the effort to end coercion that puts truck drivers in the position of either breaking the rules or being fired,” he writes, “but if you don’t put the burden of proof on the carrier or dispatcher, then it’s the driver’s word against the company, and the driver still ends up being punished. I have been told multiple times to falsify my logbook (which I won’t do) and have paid the price in lost wages, but it’s just my word so who is going to do anything about it unless I have written evidence to back up my claim?”

Similarly, commenter David Brown called the rule “hogwash,” pointing to the driver’s responsibility to prove his or her claim as the reason.

“A much more simpler way would be to have the shipper timestamp the document and have the drivers’ logs show the actual time of arrival,” he wrote. “Charge $100 per hour from the time of appointment or arrival at the shipper or receiver and this will stop the coercion issues.”

He also added some words of encouragement for FMCSA, regarding their resistance to regulate shippers and receivers: “And yes, you can dictate this. Just say it’s a safety issue and mandate it. Quit trying to regulate on the sidelines and get in the game.”

Regarding actually proving coercion claims, commenter Robert says drivers should record all conversions with dispatchers, brokers and shippers. “Most if not all carriers using [electronic logging devices] already will not send such intent across those machines, seeing they can be easily photographed at any time. Thus making it a he/she said, which is not upheld in any case whatsoever.”

But, he says, recording may be a dead-end street, too: “Companies will then enforce a ‘no recording’ policy, which most shippers or receivers already have in place, thus making one record all calls and meetings secretive…making it illegal for use. So the driver still has no proof unless FMCSA is willing to allow such action by the driver.”

The rule should have included language to guarantee “any proof provided,” Robert wrote.

“The vast majority of drivers are tired of customers and carriers being able to threaten us in various ways without any accountability. Such actions represent a clear danger and even honest carriers are powerless to affect customer abuse of drivers. If this rule is implemented, you will send a strong message that drivers absolutely must be allowed to operate safe and legal. Many shippers and receivers will sternly oppose this because they like being able to avoid accountability for their actions and they like pushing drivers around without consequence. Pass this rule and make customers respect the rule of law that drivers have to. They are part of the industry so they must be regulated as well.”

Click here to see prior Overdrive coverage from the rule for more information. 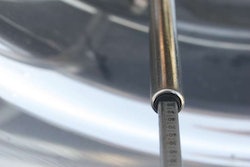