We’re leaving out together for Laredo today – George has done a couple of turnarounds without me because I stay behind about half the time and play frantic catch-up at home and in my office. This requires reams of notes to myself, written all over the house. I start a grocery list in the kitchen as soon as I walk in from being on a trip. I have a legal pad on my desk beside the computer I scratch ideas and lists on.

Unfortunately, none of these lists are of much use when I go back to read them, because they’ve either been defaced by our 17-year-old son – who thinks it’s hilarious to change my lists – or clouded by my annoying habit of writing about one tenth of a thought down.

Even though most of my notes are useless, I feel compelled to save the many pads I have that are scratched up, front and back. I feel they may be some sort of weird legacy to leave the kids, or possibly used as evidence in court, should I ever have to defend my own sanity. (This, on second thought, may be a reason to destroy them.)

Scribbled in the margin: Bitsy is wheeze … mom

I scan the list, and I’m so used to 17-year-old-boy-speak I automatically know that “smell wipe fer muh pits” equates to deodorant, but I’m confounded by the “muh butt” request. I’m also concerned that Bitsy (my grandmother’s elderly dog) is a wheeze, but judging from the note, my mom is handling it. Our son watches me struggling for a few seconds, smirking (which is as close as he comes to giggling anymore).

“It doesn’t mean anything. I just wanted to write ‘muh butt’ on your list.”

“Oh, well that clears everything up. Except for why you feel the need to write ‘muh butt’ on a grocery list.”

“I could probably draw you a picture next time.”

“No, I think it may crowd the little spaceman with an exploding head you drew on all my thank-you notes.”

“They were thank-you notes.”

“You should probably get some more. Put them on your list.” 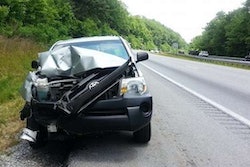 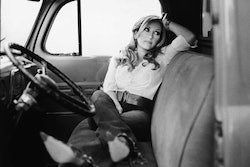