A federal court in California has ruled a lawsuit brought by drivers against Wal-Mart Transportation may proceed as a class-action lawsuit, according to court documents.

The driver plaintiffs claim that between 1993 and now, they did not receive the minimum wage required by state law, nor were they allowed to take their state-required meal and rest breaks. They also did not receive proper wage statements, their suit alleges.

Illston granted the plaintiffs’ request to certify the waiting-time penalty and minimum wage claims as class-action, but denied their request to grant certification to wage-statement claims.

Like most carriers, Wal-Mart pays drivers per mile, according to the court documents, along with activity pay and non-activity pay.

Wal-Mart, however, is arguing in the case that those are not compensable activities, based on interestate drivers’ exempt status under federal labor law. The company also says those tasks are included in the “trip pay” given to drivers.

Wal-Mart also argues that drivers have “full autonomy” to adjust their schedules to take state-required meal and rest breaks and that drivers’ schedules are calculated to allow for “adequate travel time and meal period/rest breaks,” the court documents say, citing the carrier’s employee manual.

The carrier does say it pays drivers $42 for 10-hour layover periods, but the drivers bringing the case say they should have been paid at least minimum wage for those periods.

A federal appeals court ruled in July that drivers in California are entitled to the state’s mandatory meal and rest breaks. The Wal-Mart case, however, could test both state and federal laws governing driver pay methods. 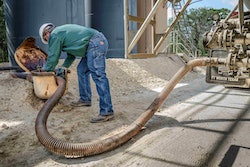