“The basic question here seems pretty simple,” writes Jack Roberts on the website of CCJ, sister fleet-focused publication to Overdrive. “If you’re running a fleet, which is more important: Your desire (or need) to run manual transmissions, or your need for drivers?”

With that, Roberts capped a discussion of the automatic-only E endorsement code allowed for CDL drivers who have learned to operate a big truck with an automatic transmission only. The endorsement is allowed by the FMCSA, but, as Roberts put it, “the thinking at the moment – both on the fleet and driver school side of the equation – seems to be that all drivers need to know how to operate a manual transmission.”

For instance, David Johnson of Premier Driving Academy in Theodore, Alabama, “still believes in training students on manuals because, in his opinion, it gives them a better overall feel for the vehicle. Additionally, he thinks it is vital for drivers to understand the mechanics and physics of up- and down-shifting. And, finally, as a point of pride, he wants to graduate fully trained drivers capable of operating any truck on the road today and – just as importantly from the students’ perspective – able to go after, and get, any driving job they want.”

With fleets’ difficulty finding drivers these days — the issue ranked no. 2 in the American Transportation Research Institute’s critical-issues report released yesterday — could greater acceptance of automatics boost the ranks of solid, capable, qualified drivers among younger populations without sacrificing the qualities Johnson and others mention?

What do you think? Read Roberts’ full discussion of the issue via this link. 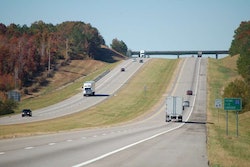 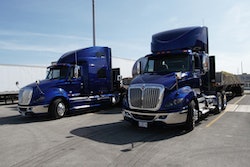