Members of a joint advisory committee to the Federal Motor Carrier Safety Administration voted to recommend a questionnaire intended to be filled out by primary-care or other treating physicians. The vote, with only a few dissenting members, is intended as a way that Certified Driver Medical Examiners (CDMEs) could gather information during driver medical exams where use of some Schedule II prescription pain medications is a suspected or known fact. The questionnaire, developed by the FMCSA’s Medical Review Board (MRB), simplifies similar forms already in use by certain CDMEs to help document their determination of whether a driver is fit to receive a medical card.

Find the full list of Schedule II drugs via this link.

Notably, the MRB, during its Oct. 27 meeting with the Motor Carrier Safety Advisory Committee, did not call for the current exception to the prohibition on Schedule II drugs to be rescinded. Currently, the regulations allow for the use of such medications only if “use is prescribed by a licensed medical practitioner … who is familiar with the driver’s medical history and has advised the driver that the substance will not adversely affect the driver’s ability to safely operate a commercial motor vehicle.”

At issue is growing concern in the medical community over the use of opioids to treat chronic pain, a particularly large issue in the U.S., said Dr. Mitchell Garber, a member of a Medical Expert Panel that recently revisited the subject for FMCSA. “If you go to the dentist and say, ‘this tooth is killing me,’ you will get hydrocodone.”

A recent review of existing literature, largely based on a European data set comprised of noncommercial drivers, showed moderately reliably evidence “to support the contention that licit use of opioids increases the risk of a CMV crash,” said Katherine Fiedler of research organization Acclaro in her presentation to the MCSAC/MRB. Narcotic drugs in the opioid category include codeine, for example, hydrocodone, oxycodone, fentanyl and others. The standardization of the proposed questionnaire, supporters of its adoption hope, will add a layer of procedural accountability, giving examiners a clear way to meet the requirements of the Schedule II exception.

In the words of Dr. Albert Osbahr, medical director for occupational health services at Catawba Valley Medical Center in North Carolina, the questionnaire is intended to “give protection then to the examiner, who again makes the ultimate determination to accept the exception,” or not.

Gary Catapano, safety vice president of the First Student, Inc., bus company, worried at the added complication such a step in the medical certification process could become in driver qualification, perhaps unnecessarily given current regulations and protocols. Maybe the process of driver certification following institution of the new National Registry of Certified Medical Examiners has “worked a little too well,” he said. “It’s overly complicated getting a driver through to be fully qualified.” Catapano added he recently had to go through the process to get medically qualified himself. “I know how difficult it was to re-qualify, how much communication was involved between the examiner and my own doctor. It’s all become a lot more complicated and time-consuming. We’ve seen safe drivers knocked out of the box because of … a lack of an ability to prove something. This [questionnaire] could create a huge obstacle.”

Owner-Operator Independent Driver Association Executive Vice President Todd Spencer concurred: “We are moving at high speed in a direction of finding ways to disqualify experienced, safe drivers, knowing full well, or we should know full well, that those who will replace them may or may not be well-trained … and they will crash at twice the rate of experienced drivers.”

MRB Chairman Dr. Gina Pervall, medical director for occupational medicine services at the John Hopkins University Applied Physics Laboratory emphasized, however, the need to heighten whatever conversation about Schedule II narcotics and safety may be occurring already between drivers and examiners, and to take it all one step further. One of the benefits of the questionnaire, in her view, is to “hopefully make the driver and examining physician more aware of what’s happening with the driver and medications. And for the examiners, we often don’t know much of anything about the drivers and medications, and we need some information source about it…. We have to take that extra step to get a little bit out of the driver’s hands to go to that extra source.”

Not all MRB members were in agreement that such was necessary. Brian Morris of AllOne Health Resources worried about the questionnaire being seen as too broad by the primary care physicians or treating specialists. Responding to reports from other doctors on the MRB of near-100-percent return rates of other similar questionnaires, Morris said, “I live in Massachusetts – there’s an attorney on every street corner. I wouldn’t get near 100 percent completion on any form like this.”

All the same, he added that “treating physicians will get used to seeing this standardized form” over time, hopefully, rather than the “crazy-quilt” of requested notes and other procedures that exists today around Schedule II narcotics and driver medical certification.

Other recommendations on use of Schedule II narcotics to FMCSA issued by the MCSAC/MRB joint committee
**Drivers found to be qualified via the questionnaire but who are using prescribed narcotics for pain management should be certified only for one year at a time.
**A CDME should consider whether the underlying medical condition requiring narcotic(s) use is a disqualifying condition itself.
**A driver should not be under the influence of narcotics while performing safety-sensitive duties, including driving a CMV.
**If a driver uses narcotics while off duty, he/she must not use the narcotic for a minimum of 8 hours (if using short-acting narcotics) or 12 hours (if using long-acting narcotics) before resuming safety-sensitive duties.
**CDMEs should consider disqualifying a driver for the usage of other impairing or habit-forming drugs when used in combination with a narcotic or narcotic derivative.
**FMCSA should consider issuing guidelines to CDMEs relating to other habit-forming drugs, including benzodiazepines, amphetamines and others. 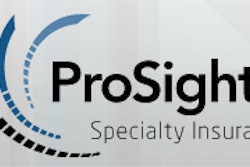