Will a Republican takeover of Congress affect trucking?

It could, says American Trucking Associations’ Dave Osiecki, but it may not. Osiecki says the likely direction of a Republican Congress a “mixed bag” for trucking industry concerns. Osiecki spoke Friday on a conference call hosted by Stifel Capital Markets.

Polls show the Republicans have a strong chance to win enough seats in Tuesday’s (Nov. 4) election to hold a majority in the Senate, along with retaining their majority in the House.

If that is the case, the implementation of new trucking regulations could slow, Osiecki says, but highway funding — already a major industry concern — could suffer.

However, Republicans are hesitant to raise taxes. ATA supports raising fuel taxes as a means to pay for improving the country’s highway system and transportation infrastructure.

Overdrive sister site CCJ has a full story on Osiecki’s comments. Click here to read it. 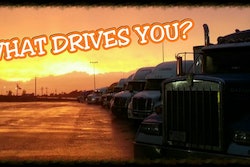 Driving force: What drives you? 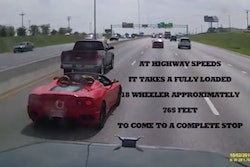