We (as in “the human race” – not us personally) landed on a comet this week, old news. In other earth-shattering events, Kim Kardashian has a big, oily butt she’s not afraid to show to the entire world, which is also old news. Her momma must be proud. (Oh, that’s right, sarcasm doesn’t work on stupid people, because her momma actually is proud. This is where I would bless both their hearts if I thought they were anything other than tiny, smoldering chunks of evil.)

The shape of the world is such that Kim’s butt got way more press than anything this week, and although she didn’t “break the Internet,” she did break three camping chairs and a Volkswagen seat, but none of it was confirmed by Instagram selfies, so no one cares. (This could possibly be a filthy lie, but only the part about the Volkswagen seat.)

I’ve written articles for the general public about trucking, and I can’t get anyone to pay attention to them because no one wants to read about trucking unless there are fiery crashes and destruction involved. No one wants to see that 80 percent of fatal accidents between car and truck are the fault of the car. They just skim right on over those facts and right on into whatever numbers they choose to cherry-pick, because they’re too attention-deficient to read well-researched comparisons that don’t include pictures of mangled bodies or oily butts.

I spend a lot of time thinking about ways to get trucking information to the general public, and with the help of Kim, I think I can finally get at least one point across to the people who are consumed by all things Kardashian. Professor Wendy, at your service.

Okay, here’s a Kardashian butt – it’s not the picture that broke the Internet, because if I’m forced to see her all greased up one more time, I might puke – but it’s the same butt, believe me. The thing is photographed and researched better than Jane Goodall’s apes. And for our purposes here the subject is divided into a nice, round, even number of parts – 10. Let’s just hypothetically say it’s 10 feet wide. (This may or may not be to scale.) These 10 feet as a whole represent ALL the fatal crashes between cars and big trucks (you know, the trucks bringing your coffee, scarves and I-Phones to the stores – yes, those trucks).

So, let’s explore. If we take away eighty percent of the butt crashes, we’re left with a very small portion of actual butt. A mere Miley Cyrus amount, which is still extremely unfortunate, but much smaller in comparison.

In closing, we can infer that if Kim lost 80 percent of her tail, she’d still be able to twerk, but probably couldn’t come close to breaking the Internet, and would therefore lose most of her interesting features.

As simple as the pictures make it, the cynic in me knows very few people outside the industry will ever see them, but the optimist in me hopes at least one foaming-at-the-mouth fan of Kardashian will unexpectedly find them during a fervent search, and some small connection will be made.

Now if you’ll excuse me, I’ll be waiting for pigs to fly out of my own, non-Internet-worthy butt. 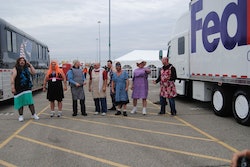 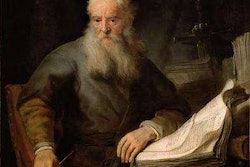 Ignorance is bliss, and possibly extinction 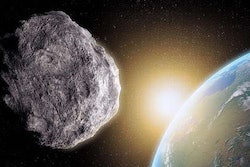