New York Sen. Charles Schumer has sent a letter to the Federal Motor Carrier Safety Administration instructing the agency to do more to stop “chameleon” or “reincarnated” carriers from forming after they’ve been shut down by regulators or to stay ahead of regulators once cited for safety violations.

Schumer specifically says the agency needs to review driver safety records when a carrier applies for authority. This “loophole,” he says, is “so large you could drive a truck through it.”

FMCSA spokesperson Marissa Padilla says the agency has “taken aggressive steps” in recent years to better vet new entrant carriers and upped fines for carriers who do reincarnate under new names. Padilla also noted the agency’s 2014 rule that expands its authority to shut down carriers with a history of intentionally violating federal safety rules.

The agency so far this year has taken action against 35 companies that fall under the chameleon umbrella, Padilla says.

“We appreciate Sen. Schumer’s support of our aggressive efforts to combat chameleon carriers and Acting Administrator Darling will respond to him directly on the new rules and policies we are taking to keep these unsafe companies off the road.”

Schumer’s letter was spurred by a fatal crash that occurred in Ithaca, N.Y., in June, in which a truck crashed into a restaurant and killed a pregnant woman.

Though the agency is taking steps to more effectively screen chameleon carriers, Schumer says, drivers’ safety records should be part of the process.

“It is critical that a better system be developed when it comes to screening potential ‘chameleon carriers’ and unsafe drivers who shouldn’t be on the roads,” Schumer said. “While most companies that receive violations and citations quickly take steps to improve their safety operations, some carriers are able to evade oversight by simply closing down and re-emerging with a new name.” 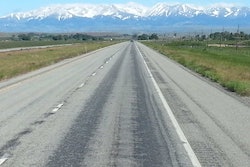 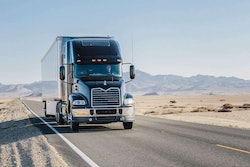