Though the Federal Motor Carrier Safety Administration says it will send a bulletin to medical examiners to clarify its guidelines on screening drivers for sleep apnea, it’s unlikely medical examiners’ willingness to issue short-term driver medical certifications contingent on apnea testing will be affected.

The problem was documented in-depth this summer in a series of articles on Overdrive.

FMCSA head T.F. Scott Darling issued a response letter to two Congressmen last week saying the clarification will remind FMCSA-approved medical examiners that there is no official regulatory guidance with specifics on how and when to screen or test drivers for sleep apnea. Screening drivers based on their risk, he said, is at this point left to the discretion of the medical examiners.

But as Overdrive noted this summer in the sleep apnea series of reports, to be included in the May implementation of the National Registry of Certified Medical Examiners every medical examiner in the country today went through some variant of formal training on requirements of the DOT physical.

Several of the training programs have given some examiners the impression that very particular screening guidelines — BMI measurements, neck size and the like — are law, and examiners have been in large numbers acting accordingly. As watchers have noted, it looks an awful lot like an end run around Congress’ halting of FMCSA’s preparations to issue regulatory guidance on how to address screening and treatment of apnea during medical certifications.

FMCSA, in response, has washed its hands repeatedly of any concern over the contents of the examiners’ training beyond an expressed responsibility for making certain that specified content areas are covered at a bare minimum. Darling’s letter itself, though promising clarification to training organizations as well as medical examiners, says much the same.

What to expect from your DOT physical in the short-term: Confusion over what is required and variation in approach at the examiner level, relative to the sleep apnea condition, is likely to continue indefinitely. Many, though not all, examiners are using one or another strict sets of criteria to determine whether truck operators are at risk for sleep apnea.

If drivers meet those criteria, it’s left to the discretion of the medical examiner to issue either a short-term medical certification pending a sleep test or to take the driver off the road entirely by not granting certification until the sleep test is performed and any follow-on treatment, if needed, is proven to be effective.

At this point, as mandated by Congress last year for any action on the condition, only a notice and comment rulemaking with clear-cut guidance on apnea stands a chance of truly clarifying what drivers can expect relative to the condition. Until then, drivers — and examiners — remain on uncertain ground. If you’re at risk for the condition or believe you may be screened by an examiner, taking care of the condition outside of the medical certification process may be the best way to ensure your certification isn’t disrupted by a test need, as we wrote in September.

Click here to read that analysis on sleep apnea screening and the issues facing the industry and regulators seeking a solution. 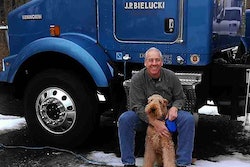