Incorporating crash accountability into the Compliance, Safety, Accountability carrier ranking program would not improve the DOT’s ability to target carriers most at risk for crashes, nor would it be easy to implement or cost-effective, the Federal Motor Carrier Safety Administration concluded in a study released Jan. 21.

Crash accountability in CSA, or lack thereof, has been one of the more frustrating issues for carriers since the late 2010 onset of CSA. Overdrive’s Todd Dills reported in-depth on the subject in 2013, noting that industry stakeholders say the agency does motor carriers and the motoring public a disservice by not accounting for crash fault in the crashes listed in CSA’s Safety Measurement System. With visibility given to all crashes regardless of fault, carriers see business decisions based on such information, from decisions on insurance premiums to hiring.

The crash accountability study has been in the works for some time and was commissioned to evaluate both the impact on the CSA program of implementing crash fault weighting and the agency’s ability to implement such weighting while relying on state and local resources for information when crashes occur.

In short, the agency concludes from its study that by modifying the Crash Indicator BASIC in CSA’s Safety Measurement System to weight crashes based on fault or circumstances, little benefit would be had.

“Analysis using all crashes shows that incorporating crash weighting determinations does not consistently improve the Crash Indicator when the various weighting approaches are applied,” the study concludes.

Only when fatal crashes are weighted do the Crash Indicator BASIC rankings improve, FMCSA’s study says. Fatal crashes, however, only account for 3 percent of all crashes in the agency’s Motor Carrier Management Information System.

And because the process for determining crash weighting — receiving accident reports from police, analyzing and making crash fault determination, weighting the crash appropriately and then going through an appeals process — would be so lengthy, incorporating crash fault into SMS rankings may be a moot point, the agency says, as SMS rankings only use crashes from the preceding two-year period.

Simply gathering the appropriate data from enforcers to make a crash fault determination would be difficult, FMCSA’s study concludes, as the “results suggest [enforcers] may not provide sufficient information to support crash weighting determinations.”

The agency’s report also says incorporating crash accountability into CSA would cost between $3.9 million and $11.1 million each year, depending on how many accidents are reviewed, the appeals brought and the agency’s final process for determining crash weighting.

The agency made the report available to Congress Jan. 21, and it is accepting public comment on regulations.gov starting Thursday, Jan. 22. Check back for a direct link to the comment page.

Overdrive will post more on the study’s specifics upon further review, along with industry reaction when it becomes available. 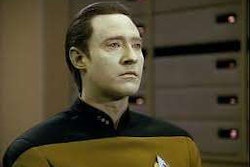