The U.S. DOT’s Federal Motor Carrier Safety Administration has announced plans for a two-year program to test implementing a form of “crash accountability” into the Compliance, Safety, Accountability carrier safety rating program. The plan floated by FMCSA on July 7 will allow carriers to contest crashes counted against them in CSA and potentially remove those deemed non-preventable by the driver and carrier.

The lack of crash accountability in CSA — namely, using crashes that were in no way the fault of carriers against them in their CSA percentile rankings — has been one of the trucking industry’s chief complaints against the CSA program.

The program’s start date still has not been determined, FMCSA’s Director of Enforcement Joe DeLorenzo said July 7 during a conference call with industry press. The two-year pilot program plan will be officially published in the Federal Register sometime in the coming days, he said, and will include a 60-day public comment period meant to help the agency guide the program. The agency asks industry stakeholders to weigh in on its proposal during the 60-day comment period. Overdrive will post a follow-up notice when the public comment period begins.

Following the completion of the comment period and a subsequent review by FMCSA, the agency will announce a start date of the program and any changes made to the original plan.

The two-year test by FMCSA will allow all fleets and owner-operators to use the agency’s existing DataQs system to dispute crashes that were obviously not the fault of the carrier or driver. The agency will then review such disputes and determine whether the crash should be removed from the carrier’s Crash Indicator BASIC in the CSA Safety Measurement System.

The data gathered during the program — like the number of crashes removed from the Crash Indicator BASIC and the effects it has on carriers’ scores — will then be given to FMCSA’s Motor Carrier Safety Advisory Committee to analyze and issue any potential recommendations to the agency about altering CSA’s methodology.

The pilot program will focus on four crash types easily deemed non-preventable by the carrier. Those include crashes in which a carrier’s truck was (1) struck by a motorist driving under the influence of drugs or alcohol, (2) hit by a motorist driving in the wrong direction, (3) struck in the rear or (4) while it was legally stopped or parked.

The agency said it also considering weeding out other types of crashes, such as suicide by truck and animal strikes, to the list.

The agency hopes to receive public comment on these types of crashes and what documents could be uploaded to the DataQs system, in addition to police reports, to help prove the crash was non-preventable.

The agency’s announcement comes just a year and a half after an FMCSA-published study concluded that implementing crash accountability or crash weighting into CSA would be too cumbersome and would not improve carriers’ SMS BASIC scores.

FMCSA has withheld the Crash Indicator BASIC scoring from public view throughout the history of the CSA Safety Measurement System, though BASIC ratings are still available to law enforcement to use to target carriers for intervention. Last December, all BASIC rankings were removed from public view by Congressional order in the FAST Act highway bill. Data underpinning the BASICs, however, including crash incidents, remains in public view.

Late last year, the American Transportation Research Institute issued a report with contrasting conclusions to those presented by FMCSA earlier in 2015. ATRI found that on the whole, carriers’ Crash Indicator BASIC scores would improve if the agency removed crashes that were not the fault of the carrier. 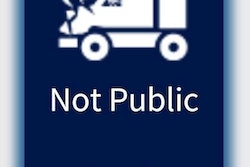