The Federal Highway Administration agreed it should conduct the research advocated in the nonpartisan GAO’s Feb. 26 report. The FHWA develops federal regulations for commercial vehicle size and weight requirements and oversees state enforcement of those regulations.

Previously, a National Transportation Safety Board investigation reported that differences in state truck permitting practices could be a concern. The GAO found states did not always agree on the benefits of the various permitting practices and some said further information was needed.

Currently the FHWA is researching the potential effect of changes to truck size and weight limits. It also is updating pilot car escort training and a best practices guide on escort vehicle operations.

The NTSB concluded that the 2013 Washington bridge crash was caused by an oversize combination vehicle’s failure to travel in a lane with adequate overhead clearance. This failure resulted from shortcomings in the interdependent system of safeguards for oversize load movements.

The board identified these deficiencies as: 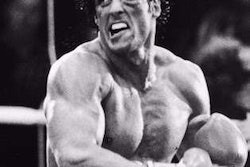