Freight volumes: Up last week on the spot market in spite of falling economic conditions

Economist Noel Perry of FTR and Truckstop.com sounded some sour notes on economic outlook in the weekly Trans4Cast newsletter on spot freight trends. Comparing FTR’s economic index, in which a level below 10 is weak, 20 is neutral and above 30 is strong, to monthly spot freight availability, he started his analysis “with the assumption that trucking was doing better than the economic data has been recently indicating,” he wrote. While that may still be true, “looking at the spot market it is clear that the current environment is not as rosy…. Demand has eased back significantly since the end of 2014. We expected some of that to occur since we were overlapping the winter impacts from 2014, and it has held true. What has been surprising is the quick drop in the economic data during that same time span.”

Economic activity, he added, “has hit a road bump in early 2015 and the spot market indicators are following suit. Demand is down, capacity is more than sufficient, and rates (after fuel) are only up a little versus last year.”

At once, on a week-to-week basis, Truckstop.com reported, load availability was up 6 percent over the previous week and truck availability was down. Furthermore, the company’s weekly market-demand index has shown some growth over the last few weeks as well.

Truckstop.com members and non-members can sign up to receive Trans4Cast via this link. 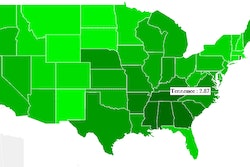 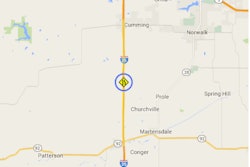