Unlike the Senate version, however, says the Alliance for Toll-Free Interstates, the House version contains key differences that make it more palatable to the organization, a coalition of groups generally opposing tolls in favor of maintaining the fuel tax as the primary interstate highway funding mechanism in the United States.

The draft in question also contained key CSA-related and other trucking provisions. Read more at this link.

“ATFI applauds the House Transportation and Infrastructure Committee for proposing a multi-year highway funding bill,” the organization said in a press release. October 29 is the deadline for both Houses of Congress to either pass a long-term bill or, again, extend current funding through a shorter-term measure. The House’s proposed “Surface Transportation Reauthorization and Reform Act of 2015” would extend the three-state-limited Interstate System Reconstruction and Rehabilitation Pilot Program (ISRRPP) for tolling existing interstates, in place with limited results since 1998.

Like the Senate’s similar extension, the House version requires states wishing to participate in the ISRRPP to jump some hurdles to do so, but the House takes that farther by requiring states to pass enabling legislation to move forward, one reason ATFI prefers the House version. Neither bill would expand the number of states eligible to impose new tolls under the tolling pilot program. A three-year time limit for the approval process is likewise imposed before any state’s slot could be transferred to another state looking to experiment with tolling on an existing interstate highway.

Unlike the Senate version, again, says ATFI, the House version does not allow funds collected through tolls to be diverted to other purposes. While ATFI continues to advocate that Congress do away with the ISRRPP entirely, the House bill’s recent draft it believes is preferable to the Senate’s DRIVE Act language that “would allow the diversion of funds collected through tolls for purposes other than improvements to that road.” Because tolls are generally upheld as a “user fee” for the roads traveled, diverting these funds away from infrastructure improvements is a violation of the public trust, it adds.

Said ATFI spokesperson Stephanie Kane, “There are concerns with the bill’s ‘use it or lose it’ provision,” which forces state slots in the tolls pilot program “to be transferred to new states after a short period of inactivity,” potentially increasing activity on the tolling front among states. At once, she added, “we applaud the bill drafters for resisting any temptation to expand the number of slots in the tolling pilot program, for adding the enabling legislation requirement, and for not making toll funds fungible so that they might be redirected to any number of unrelated projects.”

The ISRRPP’s 17 years of existence, ATFI says, has provided “17 years’ worth of evidence that tolling existing interstates is not a viable transportation funding method,” as analysis and study have led to immense public, business and legislative opposition as the facts about tolling become clear.

No state has successfully moved through the entire process of approval to actually tolling an interstate previously accessed freely by drivers through the entire history of the program. The three available slots in the ISRRPP are currently occupied by Virginia, North Carolina and Missouri, all in various stages of development. Under the bill’s language, states currently holding the slots have 1 year to receive approval, or USDOT may extend conditional approval by 1 year if substantial progress has been made. 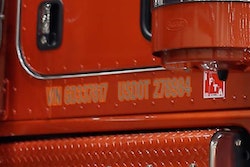