Yeah, I know, we do a lot of that here, but this time we’re going to do it in front of the people who are making rules. That’s right, we’re gonna talk to the FMCSA! We’re gonna make our comments at the meeting they’re holding! We’re going to have an opportunity to have some input on regulations those who don’t drive make for those who do! We’re going to be listened to and taken into consideration and it’s all going to be unicorn farts and cotton candy, and … wait … what?

There was almost zero big truck parking available at the venue the FMCSA chose for their January 12th comments meeting, involving, specifically, truckers, who happen to drive big trucks. Downtown Louisville is almost completely bereft of truck parking, and you’d think someone planning a meeting for the FMCSA would have noticed that, but they didn’t, and it speaks volumes to the complete ignorance they have of parking issues for truckers.

Crazy, right? I would laugh, but I’m too pissed off this time.

I’m pretty sure they’re openly offending our intelligence as a collective here. When the rules get made and truckers don’t like them, the gubmint will come back with, “Well we gave you people ample opportunity to speak up, we even had a meeting.”

The meeting involved exactly five bobtail parking spaces, made available only because OOIDA stepped in and negotiated them. Five. Five freaking spaces. So five truckers could show up, after dropping their trailers at a lot a few blocks over, and be ignored even further. I guarantee you not one single representative from the FMCSA had to do that. I’d also go as far as to say that not one representative from the FMCSA attending the meeting has ever been inside a big truck for more than a couple hours, if at all.

The easiest form of communication for truckers would have been a call-in capability to the meeting, but guess what? You could either find safe parking and attend via internet, or show up and grab one of the five bobtail parking spaces, or miss out on it completely, which seems like the option most preferred by the powers that be. I’m not sure why Chrome and Steel Radio has the capability to conduct an online call in show and the FMCSA doesn’t, but nothing surprises me anymore.

My first question to any panel assembled by the agency would be, “Could anyone sitting at the table raise their hand to affirm they’ve ever driven a truck for a living before?” If at least half didn’t raise their hands, my next, and likely final, question would be, “Then why the hell are you here?”

The rebel in me wanted to inundate and paralyze downtown Louisville with a gabillion trucks. I stare out the window of my office and daydream about 5,000 trucks showing up, and refusing to move until they’re heard. Then I realize that’s a regular traffic day in Louisville, and it’s not their fault the FMCSA is trying to disassemble the trucking industry, so I get back to the keyboard and try to figure out a way to scream loud enough for the general public to become concerned. 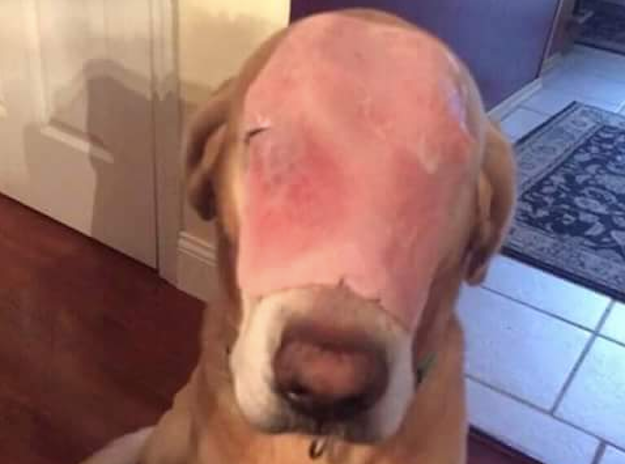 This is likely the happiest dog in the world.

People are so quick to jump to the aid of those they feel are infringed upon, and yet they don’t seem to care that the very human beings who bring them everything they need in life are being discriminated against by their own gubmint every single day. A recent Facebook post of a dog with a piece of ham on its face caused the internet to blow the eff up with concerns for the well being of the dog. A trucker is shot in the gut and barely survives an attack that could have been prevented with safe parking, and no one cares.

Apparently, we need to find our ham.

Comments remain open on the proposed Beyond Compliance program, and truckers unable to file commentary in person via the listening session yesterday, or in Atlanta on Jan. 31, can do so at any time via this link to the Regulations.gov docket for it. The program is in development stages and intended as a way to reward carriers for going above and beyond safety regulations through training, technology or other means. More on it via this story: 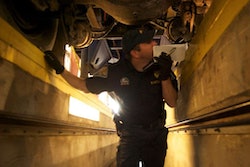