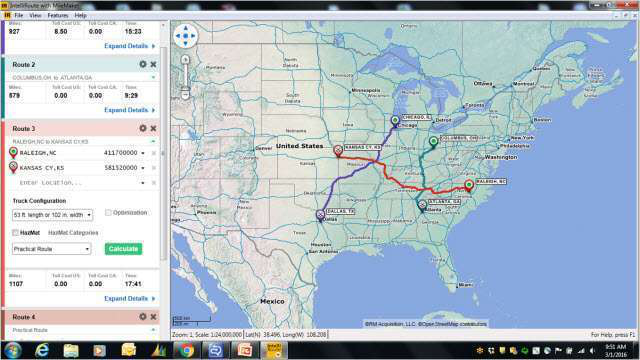 Rand McNally is launching a new version of its IntelliRoute with MileMaker software this week at the Truckload Carriers Association Annual Convention in Las Vegas.

“This new Enhanced IntelliRoute with MileMaker is a giant step forward, providing additional tools and flexibility for carriers, shippers, and third party logistics providers,” said Stephen Fletcher, CEO of Rand McNally. “Users will be able to quickly run multiple queries in just a few steps. From there, they’ll be able to visualize routes like never before with the new high resolution maps.”