Prime Inc., the 20th largest carrier in the U.S., has agreed to pay more than $3 million to settle a discrimination-based lawsuit brought by the Equal Employment Opportunity Commission on behalf of more than 60 female truck drivers who claimed they were denied jobs at the company.

The EEOC charges that a Prime policy stating that female drivers only be trained by female trainers effectively denied women driving jobs at the company based on their gender.

Prime confirmed it has agreed to pay millions in back wages and damages to the female truckers. However, the company argues its same-sex trainer policy did not violate federal anti-discrimination laws and was well received by industry experts on the subject, like the Women in Trucking organization. Prime says it ended the policy three years ago following concerns about the practice, yet the EEOC continued to pursue its case. Prime says its policy meant to mitigate training risks unique to the the trucking industry.

“The over-the-road trucking industry is not like any other industry when it comes to training drivers,” said Brooke Mosely, a training specialist and female driver liaison for the carrier. “Before implementing the same-gender training policy, Prime considered factors unique to the trucking industry and to the circumstances of trainers and trainees in an over-the-road training environment, such as being on the road for weeks at time, hundreds or even over a thousand miles from Prime’s headquarters; spending extended periods of time in the confined space of a truck cab; living on the truck; changing clothes on the truck; sleeping on the truck; and, in some instances, using portable toilets on the truck. Prime also considered that trainees might perceive that they were in a subservient role to their trainers.”

The EEOC said this week Prime has agreed to pay $250,000 to resolve a discrimination claim brought by one of the female truckers. The carrier agreed last month, says the EEOC, to pay $2.8 million in lost wages and damages for 63 other women who said they were denied jobs.

Prime’s adoption of the policy was seemingly well-intended — to prevent male trainers from sexually harassing female truck operators. Prime instituted the same-sex trainer policy in 2004 following a separate EEOC-brought lawsuit claiming the carrier had violated Title VII provisions. “Prime concluded that the most effective way to reduce the risk to and protect its female driver trainees, many of whom were just starting their driving careers, was to assign trainers and trainees of the same gender,” the company said in a statement.

Prime’s not the only major U.S. carrier to run into sexual harassment issues regarding male trainers and female drivers. CRST International, though eventually absolved of liability, spent years tangled in an EEOC lawsuit surrounding claims made by female truckers. The Supreme Court just last month issued a decision on behalf of CRST, saying it was owed the millions of dollars in legal fees it spent defending itself against the EEOC suit.

The court overseeing Prime’s suit, however, determined Prime’s same-sex trainer policy “forced female trainees to wait extended periods of time [to be trained….which resulted in most female trainers being denied employment,” according to an EEOC press release.

The court permanently barred Prime from continuing with the policy in a May 27-issued order. 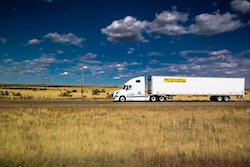 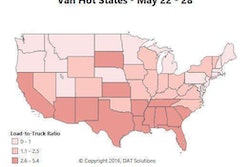