Wouldn’t it be nice if you had a Fairy Truckmother? Someone who flies along ahead of you and makes the path smoother by giving you inside information about what’s going on up ahead? (Some folks call that a CB, but bear with me here.) Wouldn’t it be nice if you pulled into a busy fuel island and had x-ray vision, so you could see which trucker just started the fueling process and which one was close to done before choosing a lane and committing to it? And wouldn’t it be nice if you could begin all the input of information it takes to fuel commercially, before you ever started fueling, while, in fact, you were sitting in the line waiting to fuel? Better yet, how about entering a password and having all that information brought up for you, so you don’t have to do it 20 billion times a year? 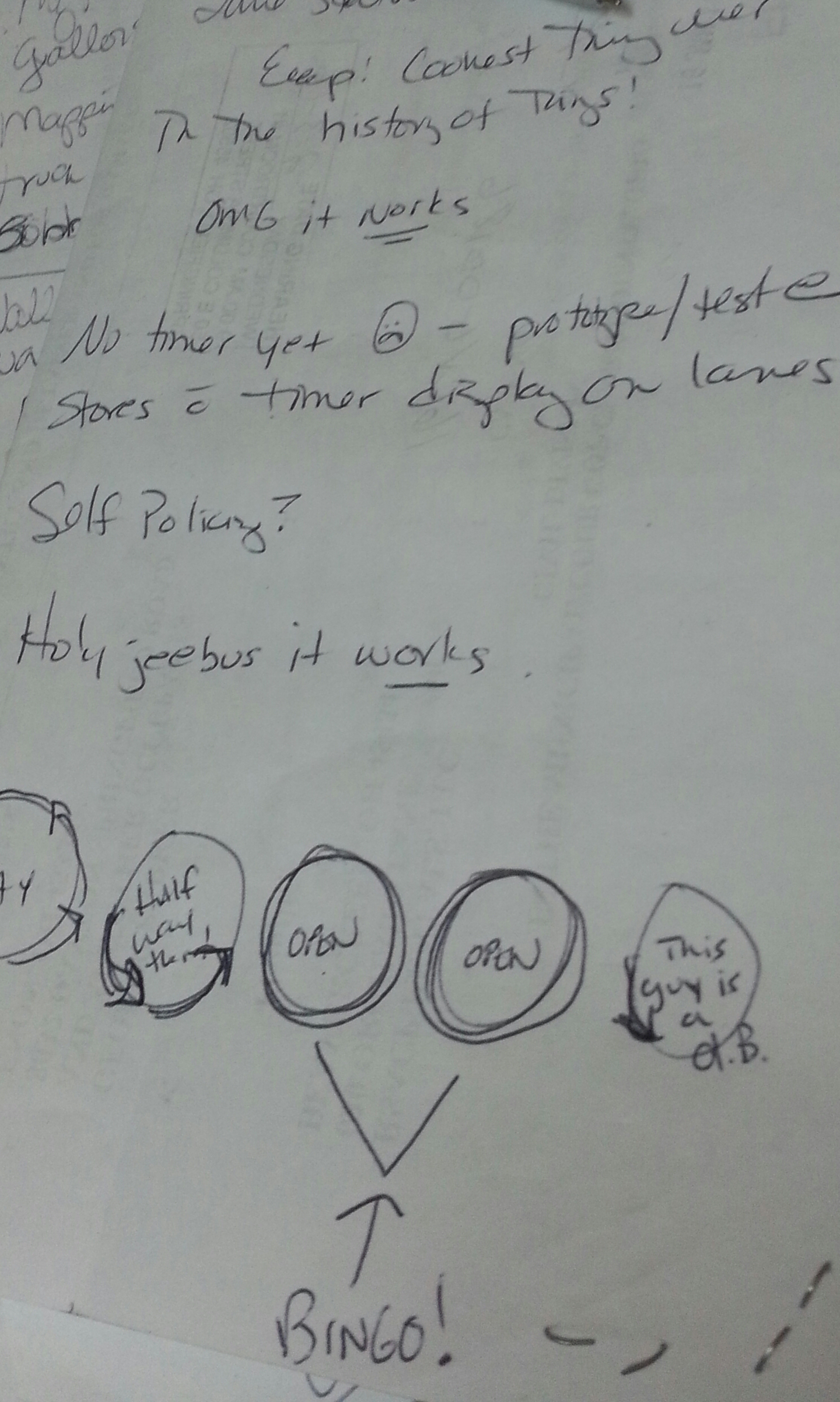 Judging from my notes, I was obviously impressed by how the lane status feature works.

Well guess what? Technology and Pilot Flying J have accomplished it. That’s right, PFJ found a way to breed fairies in captivity, and they’re selling them for $9.99, with free shipping and handling, because fairies fly! Just program your co-ordinates into the little Fairy GPS, included with them at no extra charge, and they’ll met you in Tucson!

OK, that’s not true and it’s sad I feel compelled to disqualify the statement, but we never thought we’d be dodging idiots who are chasing imaginary cartoon characters in traffic on the highway, so welcome to the brave new world. Scared yet?

Anyway, back to the good news. The new PFJ app has a lot of cool stuff on it I should probably be able to tell you about, because our dear friend and candidate for coolest person we’ve ever met, Gene Cyranski, was kind enough to invite us to sit in on the rollout of the new My Pilot App yesterday. We got firsthand info about what it does and why they designed it to do those things, and instead of taking notes on pertinent information, I became wholly obsessed with the lane status feature and lost all hope of regaining my focus. I’m sorry, Gene. I think I’ve failed you if you wanted a tech review.

What I can tell you is that I feel like the new features were designed as a direct result of listening to customers and their concerns. The parking issue was addressed in the meeting more than once, and while there is no “real time” parking availability on this app as of yet, there is a feature in which you can reserve a paid space ahead of time. (I know we’re not all nutso about paid parking, don’t hate on me for talking about it – it’s available, and it’s pretty easy to reserve, and that’s all I’m saying about it.)

George has used the previous Pilot app since it came out, and it’s always been relatively functional, if not completely accurate. We haven’t had a chance to personally check the accuracy of this app, as far as locations and such, but PFJ has beta tested it with their own fleet and have gotten excellent feedback from their own drivers on it. It’s definitely more user-friendly than the previous version, and the new features are pretty cool.

Have I mentioned the lane status thingie??? Because seriously, it’s cool as hell…