The Federal Motor Carrier Safety Administration launched Thursday, Aug. 11, a new campaign aimed at raising public awareness of how to drive around large trucks and buses.

Through the new campaign, dubbed “Our Roads, Our Responsibility,” FMCSA suggests several tips to drivers sharing the road with commercial vehicles. FMCSA’s suggestions are as follows:

The agency created graphics to go along with the campaign, as well as compiled a list of state-by-state crash data involving commercial vehicles. FMCSA also created materials for industry stakeholders to use to promote the campaign to the public, including radio PSAs, billboards and social media content, all of which can be found here.

“Trucks and buses move people and goods around the country, contributing to our economic wellbeing and our way of life,” said U.S. Transportation Secretary Anthony Foxx.  “These commercial vehicles also carry additional safety risks, so it’s critical that all road users understand how to safely share the road.”

FMCSA says nearly 12 million CMVs are registered to operate in the U.S., and these vehicles logged more than 300 billion miles in 2014. FMCSA Administrator Scott Darling said the campaign supports the agency’s mission of “reducing crashes, injuries and fatalities involving commercial motor vehicles on our roadways.”

The agency created graphics to go along with the campaign, as well as compiled a list of state-by-state crash data involving commercial vehicles.

More information on the campaign can be seen here. 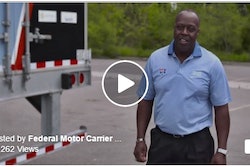 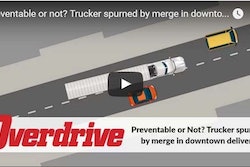 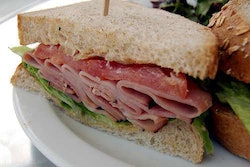