Mortality is no longer a lawful option

It has henceforth been declared that death of any and all kind is no longer acceptable in the United States. It is not only unacceptable, legislation has been set forth to make it a criminal offense to die at all.

Press Secretary Percy Pumpkinface issued these statements at a recent gathering in Washington:

“We as a Nation are safe and we must strive to be safer. In order to prove how safe we are, we are introducing legislation that makes dying a federal offense, punishable by a frownie face on your CIA dossier and up to ten years in the pen.”

When pressed for details as to whether or not it’s really feasible to put a dead body in prison, Pumpkinface answered, “I no longer answer questions, as they have been associated with high blood pressure, and high blood pressure has been associated closely with dying, so in order to protect myself, I’m going to decline to answer questions. I am a law-abiding and safe citizen.”

Based on data purchased from Dr. Evil, safety groups have demanded at least one million dollars of federal money be set aside to enforce laws associated with the “Anti-Death Act,” in order to prove just how safe we really are.

Regina Righteous, organizer of the group “Say no To Death,” or STD, supports the legislation, even though she’s never voted once in her life and spends approximately thirty hours a week engrossed in re-runs of “Snapped” on Lifetime television.

Says Righteous, “My life clearly matters more than being reasonable, so yeah, I’m all for filling privately owned prisons with filthy jerks who continue to mar the face of America with their unsafe dying. Gah. I’m also allergic to peanuts, so if you ate anything peanut-y today, you’re endangering my life, you bastard. You’re part of the problem.”

It remains unclear how the complications of natural death and disease are going to be handled, as Secretary Pumpkinface not only declined to answer questions, he refused to wear pants, based on blood flow restrictions, and was asked to leave the room by security, who were in turn arrested by the newly formed ADA police for violation of personal safety choices. Charges were dropped when all parties agreed to remain in their basements in the fetal position, wrapped in soft blankets for the remainder of time and eternity.

Because living is important. 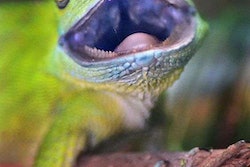 There’s a lizard in the truck 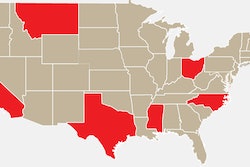