The VADA system is built upon Bendix Wingman Fusion active safety system, fully integrating it from the factory with no external monitors or displays. That level of integration means all of the system’s alerts appear in the main Driver Information Display within the instrument cluster.

VADA takes the Fusion system a step beyond current capabilities by incorporating a 42-degree angle camera with the 22-degree radar sensor. Current models rely solely on radar. The addition of the camera allows the system to better detect other vehicles and react accordingly, says Ash Makki, Volvo’s technology marketing manager.

The system constantly reads the road ahead, using the camera system to identify other vehicles and the radar system to track their movement. Should the system detect an impending rear-end crash, such as when stopping distances begin to narrow quickly, it will alert the driver with visual and audio warnings.

If the driver does not take braking or steering action to avoid the crash, the truck will autonomously engage the brakes in an attempt to prevent the crash or reduce the severity. 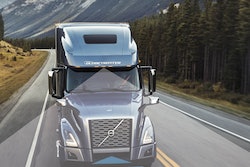 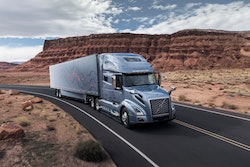 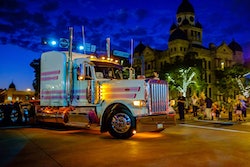