A group representing dozens of transportation workers unions is asking the Federal Motor Carrier Safety Administration to extend the public comment period for a recent request made by a few large trucking fleets. The carriers asked the agency earlier this month to allow them to drug test drivers by hair sample instead of a urine sample.

The Transportation Trades Department, part of the American Federation of Labor and Congress of Industrial Organizations (AFL-CIO), has requested an extra 60 days to comment on the request beyond the current Feb. 21 deadline. TTD says it wants to more thoroughly assess the petition and the data behind it.

Some of the nation’s largest fleets – J.B. Hunt, Schneider, Werner, Knight, Dupre Logistics and Maverick Transportation – requested the exemption earlier this month, arguing that hair testing is more reliable than urine testing. The carriers also already perform hair analysis tests in drug testing current and potential drivers, and the exemption would allow them to avoid duplicate tests, the carriers say. The carriers also point to December 2015-passed legislation clearing carriers to perform hair analysis tests instead of urine. The FAST Act, however, said FMCSA can only begin accepting hair sample tests as valid tests after the Department of Health and Human Services establishes guidelines for such testing. HHS hasn’t yet released any guidelines.

TTD says that because HHS currently requires urine samples for drug tests, the exemption would be “wholly unprecedented” if granted. The group adds that because truckers and other transportation workers have to pass drug tests to get and keep jobs, current drug testing regulations should not be undermined.

To that end, TTD says an extra 60 days is required to provide enough time for the public to offer “valuable input” on the exemption request.

The full exemption request from the carriers can be seen here, and comments can be made here. 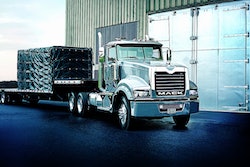 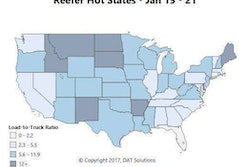