The 836 cargo thefts accounted for more than half of the 1,614 total freight-related thefts in North America, which includes tractor and trailer theft and supply chain fraud.

The firm recorded $114 million in stolen cargo across 554 cargo theft incidents for an average of $206,836.97 per theft, but the values of the 282 other cargo thefts are unknown. CargoNet says if that average is applied for the missing values, the total loss value for 2016 would be $172.9 million.

California had the highest number of reported cargo thefts with 228, which is a 36 percent increase from 2015, the firm says. Texas and New Jersey followed with 135 reports and 73 reports, respectively. CargoNet adds that Georgia is usually one of the most common states for cargo theft, but new cargo theft legislation, along with a statewide task force, helped the state see a 64 percent decrease in cargo thefts in 2016.

Additionally, Friday was the most common day of the week for cargo thefts with 164 reported thefts, followed by Saturday with 140.

Food and beverage cargo was the most-stolen in 2016, accounting for 217 of 836 reported cargo thefts. Electronics were the second-most stolen with 122 reported thefts worth $45.6 million – the most costly of any category, CargoNet says.

The firm says both tractor and trailer thefts were up in 2016 compared to 2015 with 623 stolen tractors and 732 stolen trailers. 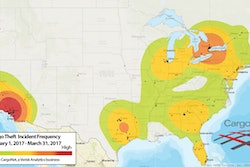 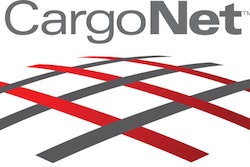 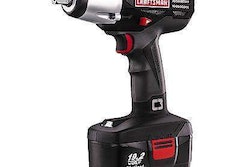