With Winter Storm Niko bearing down on the Northeast and potentially bringing a foot or more of snow with it, impacted states are beginning to impose certain restrictions on some interstates.

According to forecasts, the snow is expected to continue into Thursday evening before dissipating. Police in Massachusetts, Connecticut, New Hampshire, Vermont, Rhode Island and Maine are encouraging as little travel Thursday as possible while the storm moves through.

As of 3 p.m. Central time Thursday, there were no major highway closures to report in any of the impacted states, but there are speed limit restrictions in some areas.

In Maine, state police have ordered the speed limit on I-95 to be reduced to 45 mph from the New Hampshire state line to milemarker 109 in Augusta, as well as on I-295 from Portland to Gardiner. Police have also requested that no oversize vehicles on the Maine Turnpike.

In Massachusetts, while there are no specific closures or restrictions, state police say Route 93 in Boston and Route 128 in Peabody have poor conditions and encourage drivers to steer clear if possible.

Additionally, Rhode Island has warned travelers of poor visibility along I-95 through the state.

Snow & wind blowing so hard now can barely see anything on traffic cams. Here's one we can show you, Exit 3 on I-95 https://t.co/MmvgtfmQL3 pic.twitter.com/8c49476X1H

#MAtraffic Dangerous roads, Rte 93 N/B and S/B on the #Zakim in #Boston, use caution. @MassDOT plowing and treating. https://t.co/3jPyRYLCBp

The Arizona Department of Transportation will close a portion of I-10 near Phoenix over the next two weekends for crews to begin work on an interchange connecting I-10 and the South Mountain Freeway at 59th Avenue. ADOT says once the project is complete in late 2019, I-10 will be widened between 43rd and 75th avenues.

I-676 in Philadelphia to be closed at night next week

The Pennsylvania Department of Transportation will close I-676 in both directions between the I-76 and Broad Street (Route 611) interchanges in Philadelphia on Wednesday, Feb. 15, and Thursday, Feb. 16, from 11 p.m. to 5 a.m. the following morning for overhead bridge construction.

PennDOT says the closure is part of a project to repair structurally deficient bridges over I-676. 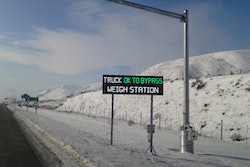 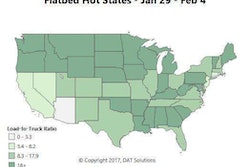