Cross-border trucking with Mexico saw action in Congress last week, and it is set to see action next month in court, as a federal court is slated to hear arguments March 15 against a 2014 FMCSA policy allowing Mexican carriers to apply for long-haul operating authority in the U.S.

On Feb. 16, Rep. Peter DeFazio (D-Oregon) introduced “Blueprint for America’s New Trade Policy,” which DeFazio described as principles for renegotiating the North American Free Trade Agreement. The resolution stipulates that a NAFTA replacement “should require all foreign service providers’ vehicles and drivers entering the United States to meet all United States highway safety and environmental standards before being granted access to and use of United States distribution and transportation systems.”

The Owner-Operator Independent Drivers Association and labor organizations supported HR 132, which was referred to committee with 14 co-sponsors. The resolution asks the president to initiate renegotiation or withdraw from the 1994 agreement.

It directs President Trump to initiate the renegotiation of NAFTA no later than June 1 . All of the provisions included in the resolution must be agreed to by Mexico, Canada and the U.S. before the agreement can be approved.

If negotiations are not completed and all the provisions outlined in the resolution agreed to within one year of beginning talks, the resolution directs the president to consider withdrawing the U.S. from NAFTA.

President Trump had campaigned that he would renegotiate or withdraw from Trans-Pacific Partnership and began renegotiating NAFTA during his first 100 days as president. Former President Barack Obama had brokered the 12-nation TPP, but it never received congressional approval.

The DOT has faced an upward fight to implement NAFTA’s trucking provisions. Congress defunded its first pilot program in 2009, but the DOT began a second one after Mexico imposed more than $2 billion in retaliatory tariffs for not complying with agreement. Both pilot programs weathered extensive legal battles.

Nearly two years ago, the DOT opened the border following its final report to Congress on Mexican carriers’ safety. The Teamsters union challenged that decision in the U.S. Court of Appeals Ninth Circuit and OOIDA was permitted to participate as an intervenor.

The association says the agency has provided little of the evidence used to decide to open the border, OOIDA stated in a Feb. 8 reply motion. “The scraps of information that the agency does provide are seriously flawed and fail to establish a foundation to support a finding by the court of reasoned decision-making,” it wrote.

The union argues that the final report makes a conclusion based on a pilot program that had an insufficient number of participants, yielded inadequate data, and did not adequately test the safety of Mexican carriers. 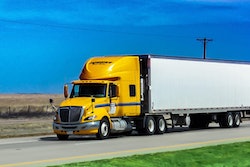 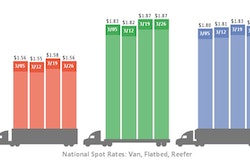