An Indiana truck driver involved in a 2014 crash outside Chicago that killed five people and injured four others was recently sentenced to 10 years in jail due to reckless driving and, partly, false logs.

Will County Circuit Judge David Carlson handed down the sentence Thursday, Feb. 16, according to the Chicago Tribune. Francisco Espinal-Quiroz pleaded guilty in November to five counts of reckless homicide and falsifying logbook entries, the Tribune reports.

Espinal-Quiroz, 53, was driving on I-55 near Channahon, Ill., on July 21, 2014, when his vehicle ran into several vehicles stopped in a construction zone. He reportedly had his cruise control set at 65 miles per hour entering the construction zone while other drivers were traveling less than 5 mph. The crash killed three people in one vehicle and two other people in other vehicles.

The Tribune also reports Espinal-Quiroz admitted to falsifying his logs to show he started driving that day at 5:15 a.m. instead of 1:15 a.m. At the time of the crash, however, the driver’s attorneys say he had been on the road for seven hours and had been on duty for 13 hours. 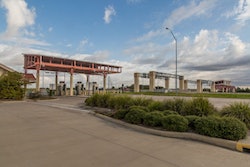 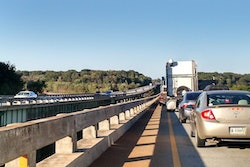